THE REPRESENTATIVES of Bratislava-based carmaker Volkswagen Slovakia (VW SK) and Bratislava Region laid a founding stone of the new body shop worth €500 million. 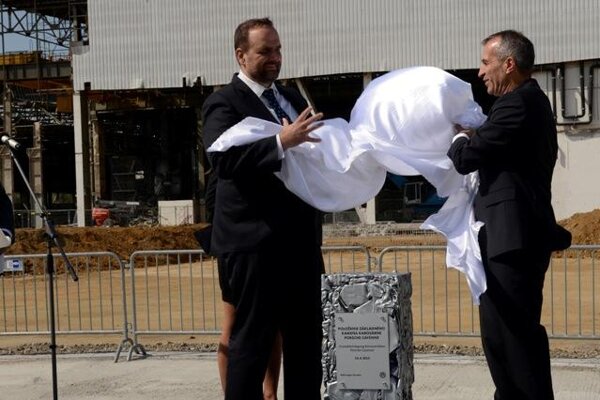 The factory will produce the bodywork for Porsche Cayenne on the area of 35,700 square metres, the TASR newswire wrote.

“VW SK is growing and extending its competences,” said Albrecht Reimold, the carmaker’s chair of board of directors, as quoted by the SITA newswire. “This is confirmed also by the construction of the new body shop for Porsche, in which we will invest €500 million.”

The investment will require the demolition of the old logistics hall. The company will use 3,200 tonnes of steel and move some 35,000 cubic metres of soil for the construction.

Apart from the new body shop, the carmaker launched a new tradition related to foundation stones, which should reflect the fusion between art and technology as the car production in Bratislava can also be seen. The foundation stone of the body shop, which is actually a block of compressed car bodies, should become foundations of a new work of art. 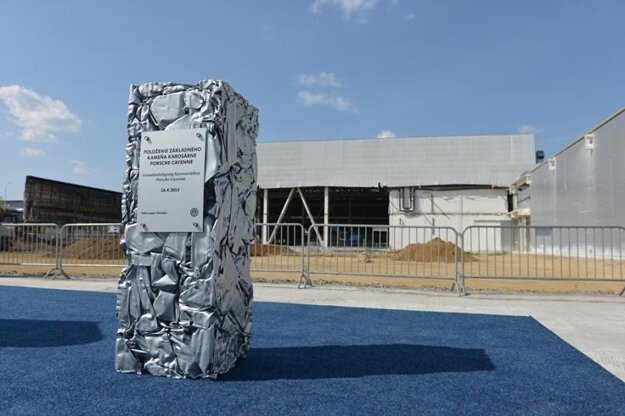