As many as 1,600 have already registered for charity run

BRATISLAVA will again hold the second year of the international charity event Wings for Life World Run, which is slated for May 3. 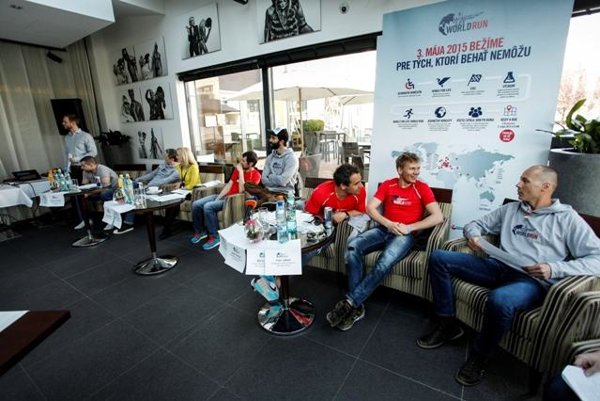 It will join another 34 cities on five continents where participants will run to support the research of treatment for spinal cord injuries. The aim of the event is to help people with this injury walk again in the future. The money raised by the run will go to the Wings for Life Foundation, the TASR newswire reported.

“With such an event Bratislava makes it to the world,” said Peter Pukalovič, organiser of the run in Slovakia, as quoted by TASR. “Up to 1,600 runners have already registered. Our desire is that this number increases to 2,015.”

The run is special in the way of its evaluation. It does not matter who will achieve the finish line as the first. One and half hours after the beginning, a car at 15 kilometres per hour will start and will increase its speed by one kilometre per hour every 60 minutes. When it catches the last runner, the runner automatically finishes the run. It then continues until it does not catch the runner who is in the very front.

Last year altogether 971 runner attended the event, with the winner becoming Boris Csiba who finished the run after 50.22 kilometres. Among women Jana Zatlukalová ran the most – 39.22 kilometres.

Those interested in participating in the run can register by April 26.