RESIDENTS and visitors to Bratislava have a unique opportunity to see an exact replica of the famous Crown of Saint Wenceslas starting on April 14 at the Pražská Mincovňa / Prague Mint gallery at Michalská Brana (Michael's Gate) in the Old Town. 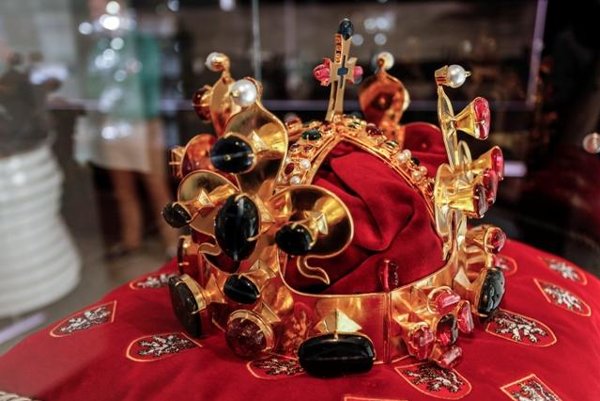 The replica, the original of which is domiciled in St. Vitus Cathedral at Prague Castle, has arrived in Bratislava from Vatican City, where it was displayed at the commemoration of the 660th anniversary of the coronation of Charles IV, King of Bohemia and Holy Roman Emperor. It will be on display until May 1.

Goldsmith Jiří Urban from the town of Turnov in the Czech Republic is also known for producing a replica of the Imperial Crown of the Holy Roman Empire, considered the most faithful by the experts in the field. Along with the Wenceslas crown, several other rare artefacts are coming to the Slovak capital, including exclusive minted coins devoted to the imperial coronation of Charles IV, Jan Hrubý, executive director of Pražská Mincovňa, told the TASR newswire.

Visitors can also preview a new minting of commemorative coins made from gold and silver – each having a diameter of 50 millimetres and weighing 42 grams. The coins depict the Wenceclas crown on the obverse and the Imperial crown on the reverse. The attractiveness of the mintage is enhanced by its limited minting and unique numbering on the edge of each coin.