THE [fjúžn] FESTIVAL  which opens the issues of migration and integration celebrates its 10th anniversary. This jubilee year has the “Puzzle” as leitmotif that meanders along the whole dramaturgy list. 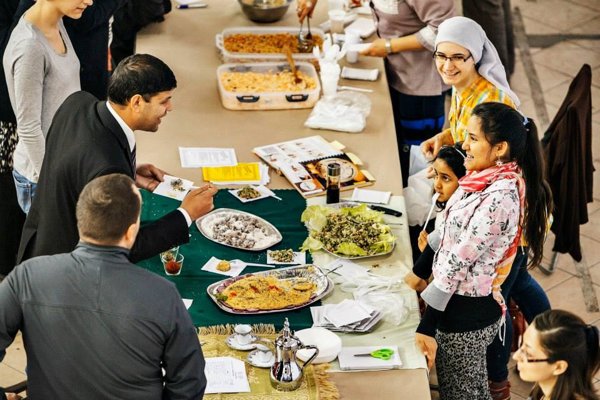 In 2015, Fjúžn – which is a literal Slovak transcription of the word fusion – lasts for a week, from April 23 to April 30. It comprises a host of different events, from exhibitions, to concerts (and a party organised by expats and focused on expats!), workshops – including one for children – markets offering exotic goods and meals, merry get-togethers, debates and  presentations, the organising team has informed.

The Fjúžn organisers have again joined forces with other institutions, including foreign culture institutes, cultural venues and individuals to offer a selection as rich as possible that could prompt another step in bringing Slovaks and foreigners who live here closer together.

In the ten years, Slovak society has progressed in getting used to foreign cultures, even when they come closer – even very close, to the country itself – but there cannot be enough projects that could open the locals, after forty years of the Iron Curtain, towards other languages, cultures, traditions and communities.

The programme which can be found at www.fjuzn.sk offers something for everyone, from children through party-loving teenagers and concert-goers, to gourmets and intellectuals alike.