GANGSTER’S confidence that image would shield him from reality suggests disturbing truths about the Slovak justice system. 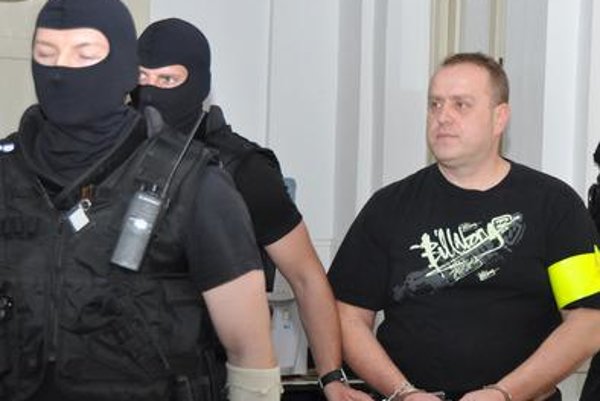 For more than a decade, František Borbély has been a test case for the rule of law in Slovakia. Could a man the police labeled a gangster, who owned real estate with other leading Sýkora group gangsters, who surrounded himself with scowling thugs and offered “protection” to Bratislava restaurants and bars – could such a man, merely by denying his mafia roots, ultimately win admission to polite society? Would his own tireless PR prove more effective than police work?

The recent sentence by the Specialised Criminal Court – Borbély will serve six years, eight months for organised crime and drugs offences – provides the long-awaited answer. But it leaves a more vexing question: how did he remain at large for so long?

Before 2005, Borbély’s name was well-known only to police, the secret service, and to the entrepreneurs and thugs who had dealings with him. But the release in that year of the “mafiánske zoznamy”, unofficial police lists of suspected organised crime figures, brought “Fero” and his “Borbélyovci” to wider public notice, making it harder for his flagship security company, DKFB, to win public tenders.

A new security company law in 2006 allowed the police to strip the license of any security company even suspected of ties to organised crime. In the same year, Borbély was involved in the alleged extortion of Bratislava pub U Matúša. The net was already closing.

Since then, I have met Borbély as a journalist maybe a dozen times. He always seemed to believe that his problem was one of perception rather than reality – that in joining forces with some businessmen he could turn the tide that was rising against him. As if he truly saw himself as an honest entrepreneur, denied his rights by arrogant bureaucrats. As if the media would chronicle his principled rejection of American-made products at his bars and gambling houses, rather than his continued association with leading Sýkora gang figures. As if the police would somehow ignore the drug business he abetted, whose profits went to Sýkora gangsters in hiding.

For all that František Borbély is no criminal mastermind, his faith that a better image was sufficient to keep him out of jail is a damning comment on the justice system he has come to know so well. Yes, he was ultimately proven wrong. But why did it take 20 years to do so?