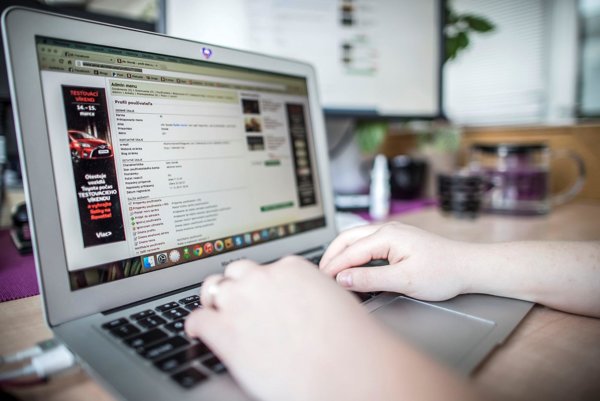 The website will offer an overview of parameters and prices of the internet. (Source: Sme)
Font size:A-|A+0

ANYONE looking for a provider of internet services can be overwhelmed by comparing upload speeds, monthly data volumes, types of connections and monthly fees, and as such the state regulatory office is working to create a comparison website for consumers.

The Regulatory Authority for Electronic Communications and Postal Services (RÚ) in cooperation with the Research Institute of Posts and Telecommunications (VÚS) launched public testing of a new website for comparing fixed broadband internet services on January 20.

“Certainly it is an interesting idea,” Peter Steigauf from the IT website Zive.sk told The Slovak Spectator. “Each operator, when calculating the price for access to the internet, proceeds differently; thus any help to customers should be welcomed.”

Ondrej Macko from the IT website touchIT also praises the idea.

“A person can quickly make an overview of the basic parameters and prices of the broadband internet in their region,” Macko told The Slovak Spectator.

Amid the lack of a independent service enabling comparison shopping on internet service the RÚ decided to develop the site in cooperation with providers and VÚS.

“The website, apart from its informative value, will simultaneously contribute to the development of competition on the market because those interested will obtain information also about services of local and regional providers,” RÚ spokesman Roman Vavro told The Slovak Spectator.

The site is similar to previous consumer-oriented projects launched by the RÚ. In 2005 it published a list of places in which it is possible to connect to the internet at cost up to 250 Slovak crowns (€8.30), a list of free hot-spots and comparisons of services for electronic communication users.

The website should provide all offers from registered internet service providers to final users, especially households, in each region. All fees charged by the provider will be included in a so-called average monthly payment for 24 months, through which it will be possible to very easily compare deals with different time periods. The offers will be primarily arranged upwardly, starting with the lowest monthly payment, according to the RÚ.

For now the website is in a testing phase while the launch date for the final version has not been set.

Macko expects prices to level with one another when the site is launched.

Steigauf, however, does not expect that the website will have a more significant impact on provision of internet services or the price policy of operators.

“It can, however, help clients to get a comprehensive overview and be capable of making a more qualified decision,” said Steigauf.

Martin Mosný, strategy and development director of Swan, a telecom and internet service provider, agrees saying that “none of the providers will be able to puzzle customers with non-transparent tariffs. Conditions of comparison are precisely set and known in advance”.

Orange Slovensko does not expect that the website would have much effect as customers make their choice based on factors other than price, spokeswoman Alexandra Piskunová told The Slovak Spectator.

“Thus, the state agencies have invested taxpayers’ money into something that was already here for a long period of time and operates well,” said Greguš.

Greguš added that the new website brings a new duty for providers – to prepare for it and provide it with the most current data adapted to the set structure.

Porovnat.sk was founded as a commercial project by Tomáš Novotný, the developer of a well-known petrol pricing site, Natankuj.sk, which has covered most regions of Slovakia for several years.

But Jozef Pavlík, director of VÚS, said there have been a variety of private comparison sites and noted that commercial motivations may mean they do not provide transparent or relevant data. He said a non-commercial site operated by an independent institution, like the RÚ, is needed.