DOCTORS from Žilina hospital’s ward of internal medicine who handed in their resignations on February 27 concluded a deal with the hospital's management on April 17. 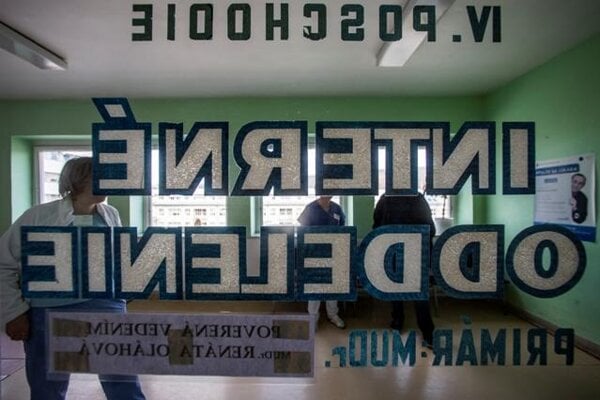 According to this agreement, 10 doctors are set to return to the ward, the TASR newswire learnt from head of the Doctors’ Trade Union Association (LOZ) Peter Visolajský later in the day.

“I’m happy about 14 doctors [via negotiations] succeeding in achieving better conditions for patients at Žilina hospital’s internal medicine ward,” said Visolajský. “While they put their livelihood at risk and were subject to all sorts of attacks for more than a month, they managed to attain more beds for patients and renovation of the ward which failed to meet sanitation standards.”

The deal, according to which 10 doctors and 64 nurses withdrew their resignations, was struck following 11 hours of talks on the previous day. Of the 14 doctors who originally submitted their notices, two later withdrew them, ten are staying after negotiations, and one left immediately, the Sme daily wrote.

The hospital’s new head, Pavol Drugaj, called the signing of the agreement “a new beginning”. “A lot of work lies ahead for us now ... we’re going to work so that we secure a place for it that it deserves,” he said, as quoted by TASR.

The doctors from the internal medicine department and nurses from the intensive care unit bemoaned poor hygiene and overcrowding. They have previously indicated that cost concerns were dictating patient care. The unions said last week that they were considering going on a nationwide strike unless their requirements were met by April 19.

Smaller problems may however be expected in three other hospitals – the Children’s Teaching Hospital and University Hospital in Bratislava and Roosevelt’s Hospital in Banská Bystrica, Visolajsky said according to Sme.