WITH the festival of percussion (World of the Drums, Drums of the World) having become a tradition in the Slovak capital, the exotic rhythms comes to Bratislava again, on a more unusual date: instead of October, the Amadinda Uganda band will perform in Ateliér Babylon on April 23, supported by the Slovak group playing west-African rhythms, Jamadan. 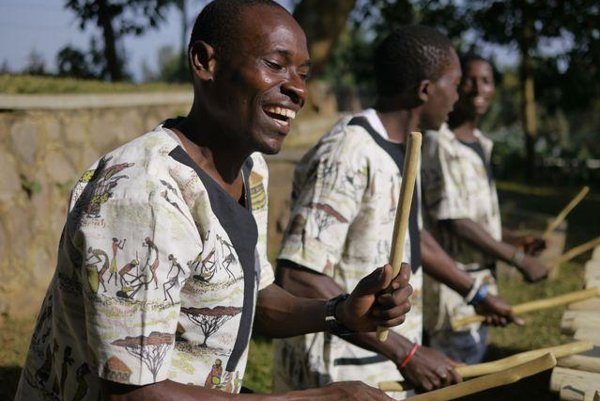 Amadinda Uganda is a project that is the result of dialogue between Lawrence Okello and Horst Watzl (VIDC, Austrian partner of the project) way back in 2013, with the idea was to promote one traditional instrument amadinda (xylophone) that has proved to be the master and taken the central role in the traditional music of Uganda, Okello said in an interview with the Slovak organiser, Jarja Vlčeková of the Shiraz agency.

“The group is composed of four males and two ladies because the human race is composed of two: man and woman,” Okello said, adding that the music they play is purely traditional folk music of the various tribes of Uganda that use the instrument – amadinda and some of his compositions on other instruments. “We have a variety of instruments covering a wide range of the musical instrument classes. Uganda has over 52 tribes of different ethnic backgrounds... Me, as Lawrence Okello, believe that difference and diversification is a source of wealth as opposed to hatred,” he concludes in the interview.

“I have traveled most countries in the European continent… but have never been to Slovakia and I honestly have never been introduced to the music of the natives there, but always prayed for an opportunity; and yes, here it is to expand my knowledge of Slovak music, I am really looking forward to this prestigious moment in my life,” Okello said about his Slovak visit.

Jamadan is a band founded back in 2004 that plays mostly original west-African rhythms (Guinea, Mali, Senegal), but occasionally also some other pieces, including its own compositions.