THE JOBLESS rate shrank by 1.22 percentage points to March’s 12.06 percent over the last year. 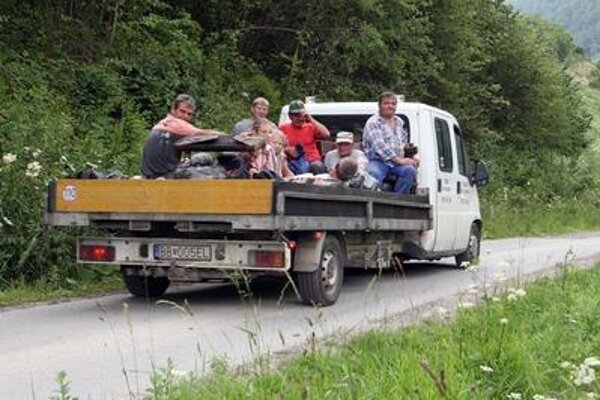 Labour, Social Affairs and Family Minister Ján Richter believes that the latest figures confirm a revival of the job market while analysts attribute the decrease to the growing economy of Slovakia.

“Especially the growing economy generating new work places reduces the joblessness,” Ľubomír Koršňák, analyst of UniCredit Bank Czech Republic and Slovakia, wrote in his memo, adding that approximately 16,000-17,000 job seekers find jobs monthly when seasonal influences are taken into consideration. “Also the better economic situation of companies and better outlooks reduce the probability of layoffs which is reflected also in the trend of a gradual decrease of new job seekers when their number was the lowest over the last year, seasonally adjusted.”

There were 325,171 jobseekers immediately available to take up a job registered with job centres in March. In monthly terms, in comparison with February 2015, the figure went down by 7,047 individuals. Their number fell to 33,114 people, or 9.24 percent, year-on-year, head of the Labour, Social Affairs and Family Centre (ÚPSVaR) Marian Valentovič reported at a press conference on April 20 as reported by the TASR newswire.

When all jobseekers, including those who were not available to start work immediately, were considered, the unemployment rate was 13.70 percent. When compared with February, this was a drop of 0.25 p.p., and a fall of 1.02 p.p. year-on-year.

According to Labour, Social Affairs and Family Minister Ján Richter, the unemployment development indicates a positive trend. Richter emphasised that he believes that the government would manage to meet its goal to reduce unemployment to the average in the European Union (EU), which is 12 percent. This could be accomplished as soon as next month.

Monthly decreases in the unemployment rate were witnessed in all eight regions.

“The most significant fall was achieved in Banská Bystrica Region,” said Valentovič, adding that unemployment was also down in all regions in terms of annual comparison.

There were 15,427 job vacancies registered with job centres in Slovakia as of the end of March, which was an increase of 3,753 month-on-month and of 10,539 year-on-year.

“From the point of view of job vacancies, the figures confirm a revival on the job market,” said Minister Richter.