Economic cooperation is the focus of the Slovak-Ukrainian Forum ‘SUBF 2015’, a four-day bilateral convention where attendants present their results and establish new business relations, opened in Košice on April 20. 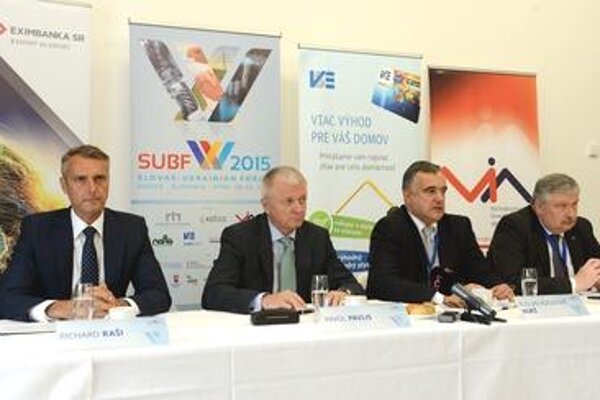 Held in Košice’s culture centre Kulturpark, the event is organised by the East Slovak Investment Agency (VIA), under patronage of Prime Minister of Slovakia Robert Fico. The forum was opened by Slovak Economy Minister Pavol Pavlis and Ruslan Korzh, Ukrainian deputy minister for Economic Development and Trade, who later held bilateral talks, the TASR newswire reported.

Minister Pavlis elaborated that such a conference is, apart from the reverse gas flow from Slovakia to Ukraine and humanitarian aid, another economic form of cooperation.

“We spoke about opportunity of cooperation in fields of energy, the automotive industry and air transport, but of course, we will wait for conclusions of these meetings and afterwards we will communicate themes, which are beneficial for both countries,” said Pavlis. He also offered the Ukrainian government experiences of Slovakia from its EU admission process and privatisation.

According to Kosice mayor Richard Rasi, the conflict in Ukraine might mean that some Ukrainian companies will transfer activities to Slovakia.

The event is attended by 124 companies, Peter Cacara of VIA specified for TASR, adding that Ukraine is a market of 50 million and prospects of development interesting for Slovakia.

The attendants are mainly from Slovakia and Ukraine, but also from Germany, the Czech Republic, Belarus, Kazakhstan, Poland and Hungary.

The forum is a part of the Days of Ukraine, an event promoting Ukraine that started April 14 and will last until April 23.