THE GOVERNMENT wants to push forward the fight against corruption in Slovakia, Prime Minister Robert Fico said after meeting US Department of State Senior Anti-Corruption Coordinator for Europe George Kent. 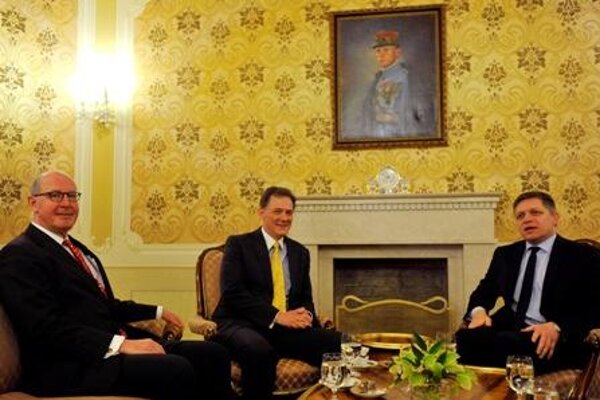 “We do not only want to prepare a special action plan for fighting corruption, but to create conditions for its implementation,” Fico said, as quoted by the TASR newswire.

The action plan merges the initiative of the government and the one of the business community called the Rule of Law, via which 14 business associations, employers’ associations and chambers of commerce led by the US Chamber of Commerce in Slovakia respond to the existing problems of legislative process, high level of corruption and dissatisfactory state of Slovak judiciary.

Fico said after the meeting, which was attended also by US Ambassador to Slovakia Theodore Sedgwick that he asked the US party to join Slovakia’s fight against corruption. He hopes Kent’s experience will help make this struggle more visible, as reported by the SITA newswire.

Kent, who is visiting Slovakia on April 20 and 21, will also meet representatives of the parliament, civil society activists, and the business community. His visit is part of a regional US government initiative to combat corruption and promote transparent governance.

“We are eager to expand anti-corruption cooperation with the government and civil society,” Kent said, as quoted in the statement provided by the US Embassy in Slovakia. “We appreciate the government of Slovakia's recent stated commitments to do more to fight corruption, including passing new laws and drafting action plans, which are important, but implementation is key. The best way for Slovakia to show it is serious about fighting corruption is to prosecute corrupt actors, especially corrupt officials, and seize ill-gotten gains through asset forfeiture.”