Children most commonly abducted by own parents

SLOVAKIA has one of the Europe's highest rates of parents abducting their own children,  according to the European Commission. 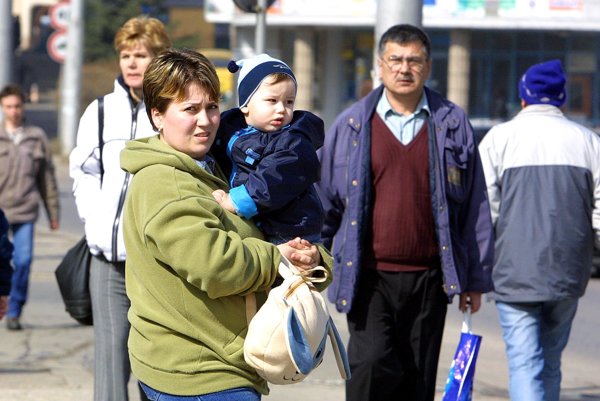 Though the country launched a new emergency system which should help with finding the missing and kidnapped children, it does not apply to so-called parental abductions.

The Nový Čas tabloid daily reported in late March about finding the most wanted Slovak Andrej Gajdár who abducted his two children in 2011 because his wife wanted divorce. It traced him to Panama, and then contacted local media, police and Interpol. The children returned to their mother in early April.

The cases when one of the parents abducts his or her children are the most frequent types of child abductions in Slovakia. Together with Belgium, it registered 6.4 outgoing applications for international parental abductions per 100,000 children aged less than 16 in 2011, EC data shows.

“Children in Slovakia are in most cases abducted by one of their parents,” Police Corps Presidium spokeswoman Denisa Baloghová told The Slovak Spectator, adding that the kidnaps are mostly reported by the second parent.

There are no cases when a child is abducted by some unknown culprit or a person outside the family, according to Baloghová.

The number of so-called parental child abduction in Slovakia has increased recently, said Andrea Císarová of the Centre for International Legal Protection of Children and Youth (CIPC), which runs under the Labour Ministry.

“We have noticed increasing tendency especially in cases of mothers who are going abroad without the consent of the second parent,” Císarová told The Slovak Spectator. The most frequent reasons are the vision of better life or new partner, she added.

Turning to the public

The police are searching for some 1,800 children every year, with 97 percent of them being found within a few days. Though the success rate is high, they are still searching for ways to improve the system, said Daniel Čechvala from the Police Corps Presidium.

One of the mechanisms which may help with searching for missing children is the AMBER Alert emergency system which Slovakia joined on March 31, becoming the 13th country in the EU to use it. The system was established in the United States in 1996, as initiative of family and friends of murdered nine-year-old Amber Hagerman from Texas. Until now, more than 700,000  700 children have been rescued by using it, said Tatiana Ivanič Rybanská from Child Helpline of UNICEF, who coordinates the system in Slovakia.

The system, activated by police, is unique for its swiftness and direct connection to media and other partners via whom the public gets information about the missing or abducted child. The public can then help with the search.

“Our previous experience has shown that in case of abductions the time is crucial,” Ivanič Rybanská told The Slovak Spectator, “the first minutes and hours after the child went missing are the most important.”

Up to 75 percent of children abducted by unknown person are murdered within three hours, she added.

AMBER Alert Slovensko is based on the Dutch model. Unlike the other systems in Europe, it is the first cross-border child rescue alert, said Frank Hoen, a founder of AMBER Alert Europe. This means that the website will publish information of not only children from Slovakia, but also from the Czech Republic, Poland, Austria and Hungary.

“By transcending borders, the chances of these children being found alive and well increase dramatically,” Hoen told The Slovak Spectator.

The system however cannot be used in parental child abduction cases. Police do not keep a record of their number, and they are only considered kidnappings if there are specific court rulings already in place that prevent one parent or another from having custody. If there is only a preliminary ruling, the law classifies the act as crime of violating someone else’s rights, Baloghová explained.

Císarová said that in case of parental child abductions it is usually known where the child was taken. Based on the country the CIPC starts negotiations with its partners on returning the children back home. It however cannot start talks in every country if they do not have any partner organisation there.

In case of abduction of two children by their father Andrej Gajdár, Nový Čas reporters were searching for them for about one year, Editor-in-Chief Júlia Kováčová said.

“The most important was that the man searched by Interpol did not learn about the reporters’ efforts,” Kováčová told the Omediach.com website.

While in other cases the tourists usually send some tips to the newspaper, this time the reporters worked only with the information they got themselves, she added.

As soon as the reporters found them, the CIPC in cooperation with the Interior and Foreign Affairs ministries got involved to help with return of children back to Slovakia, the TASR newswire wrote.

The CIPC cooperates in similar cases with its partner organisations, which prepare the materials for courts. It starts dealing with the return of children only if it is approached by its partner. It usually delivers the court decision to the parent to whom the child should return.

“The centre only informs parents about the legal state,” Císarová said.

However, in case the parent is not entitled to get the child, the CIPC acts as a central authority, especially accepting and sending new applications for child returns. The CIPC registers 50 new applications each year.

It also provides consulting to parents, offers some preventive consulting and activities, tries to find out where the child is and whether it is alright, and actively communicates and collaborates with Slovak courts and its foreign partners, Císarová explained.

“The CIPC currently prepares the national project which will concern the child abductions and removing children [from parents] in the EU and Hague Protocol countries,” she added.