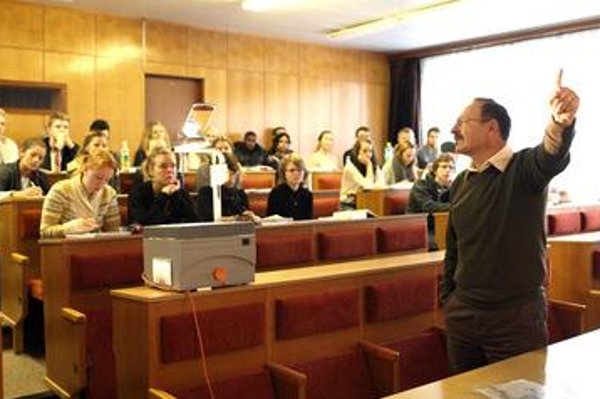 “Czech universities are more active in persuading of our students,”  Peter Plavčan, the head of universities department at Education Ministry, told the Sme daily.

Besides the Czech Republic Slovak students are particularly interested in the United Kingdom, Austria, Germany, Hungary and the United States. In general, 40 percent of those graduates remain in the country of their study. However, half of them return back to Slovakia after two or more years of working there. The study was conducted on 200 parents of students, the TASR newswire reported.

Also join statistics of Bratislava-based Comenius University and University of Economics, Nitra-based Constantine the Philosopher University, and Medical Faculty of P.J. Šafárik University in Košice which accepted applications until the end of February or March depending on the faculty say that fewer secondary school students show an interest in pursuing studies at Slovak universities this year, Sme reported on April 20.

Constantine the Philosopher University recorded a total of 3,812 applicants for bachelor’s study programmes this year, which represents a drop of 950 compared to last year. All 13 faculties at Comenius University received over 8,500 application forms, which was 1,000 fewer than last year.

A slight decrease in the number of applicants has been also witnessed by the Medical Faculty of P.J. Šafárik University in Košice.

Nevertheless, some universities claim that the situation is completely different. For example, Bratislava-based University of Economics reported that the number of applications this year was more or less the same as in 2014. Hikes were, for example, seen in a number of faculties of the aforementioned universities that recorded drops in the overall numbers of applicants.

It appears that students are more interested in study programmes of applied informatics, teaching biology and chemistry, and in pre-school education at Nitra's Constantine the Philosopher University. As concerns Comenius University, its pharmaceutical faculty saw a 20-percent rise in applicants this year.