THE VILLAGE of Dobrá Voda in Trnava region has organised a programme for Sunday, April 12, to commemorate the 230th anniversary of Ján Hollý‘s birth, including the reopening of one of his favourite hiking trails. Hollý (1785-1849) was a Slovak translator, poet, priest and a patriot. He took an active part in the Slovak national revival movement in the mid 19th century. 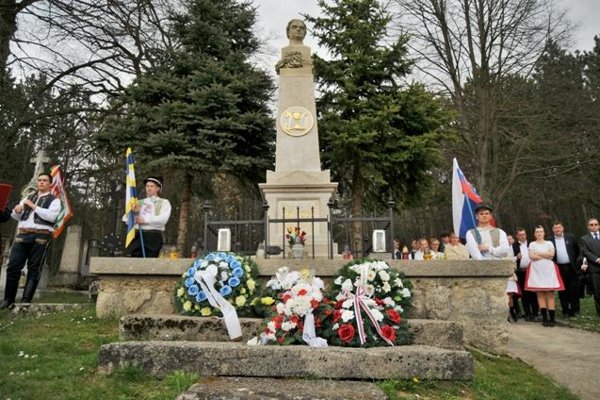 The commemoration began with a service in the local church, then the Ján Hollý hiking trail – with refurbished information signs – was be opened. This is an 18.8-kilometre trail that leads from Hradište pod Vrátnom though Dobrá Voda and ends in Pustá Ves. Hikers walked a section of about five kilometres on April 12, after which they participated in a procession ending at Hollý’s gravesite in Dobrá Voda cemetery. 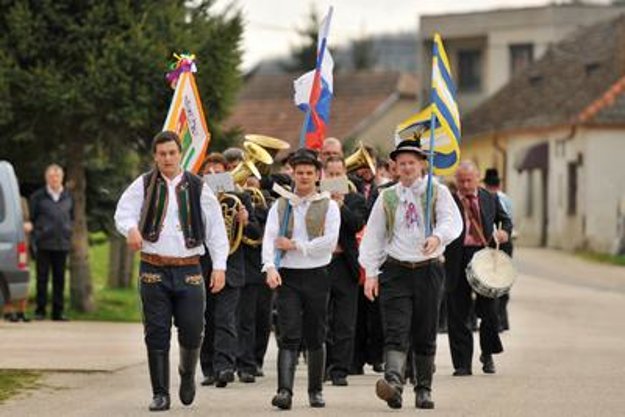 “We invited mayors of municipalities that are in some way connected to the life of Ján Hollý,” Dobra Voda Mayor René Blanárik said for the TASR newswire. These municipalities are Borský Mikuláš, Hollý’s birthplace, and Madunice where he served as a priest. Also representatives of nearby municipalities, of the regional government and of Dobrá Voda‘s Czech sister town Němčičky, with their folk ensemble, attended.

Hollý was the first Slovak poet worth mentioning to write exclusively in the newly-codified literary Slovak language (which, however, did not find wider popularity until it was replaced in the mid 19th century by the Slovak language of Ľudovít Štúr). His predecessors mostly wrote in various regional versions of Czech, Slovakised Czech or Latin. Hollý translated Virgil’s Aeneid and made his own epic poetry in alexandrine verse to show that the Slovak language codified shortly before by Anton Bernolák could express complex poetic forms.

Hollý spent the last six years of his life in Dobrá Voda. The village also features  his memorial room. It was opened in 1985 and is visited regularly, mainly by school trips.