IT IS not rare that an exhibition is accompanied by a catalogue, and sometimes the catalogue lives on after the show ends. But the book Blueprint in Slovakia / Modrotlač na Slovensku takes this to a whole different level coinciding with the Painted Blue exhibition. 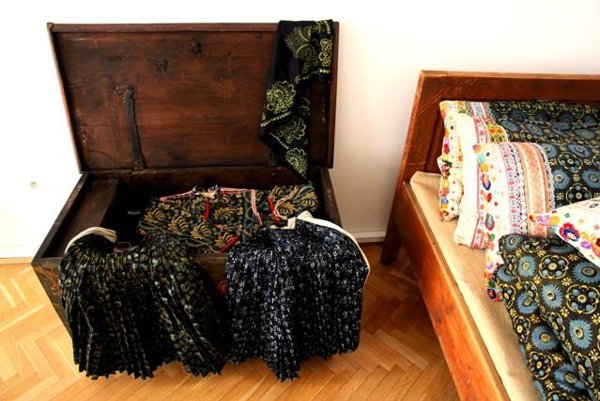 Blueprint is a special technique that arrived to Europe from Orient in which a clean linen cloth is dyed in a mixture of kaolin and gum Arabic (or today rather semi-liquid aluminium acetate), then painted – in hand or with a wooden form – then immersed several times into a cold dying solution of indigo, lime and copperas; and when disposed to oxygen in the air, the cloth changes colour to blue. 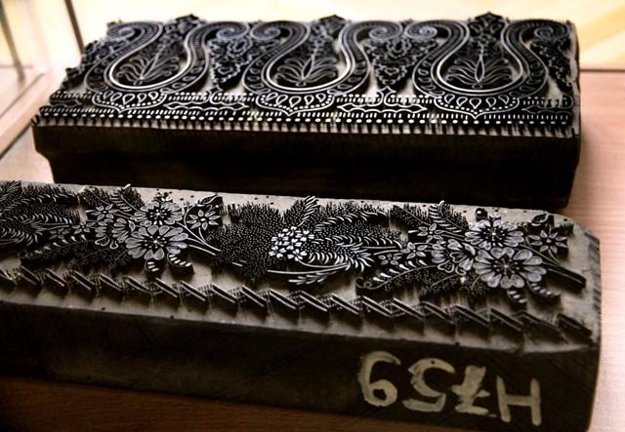 The Blueprint in Slovakia book is bilingual, and on 370 pages rich with photo documentation, it explores very thoroughly the arrival of the blueprint technique of fabric design inSlovakia, its heyday, gradual decline, as well as its more recent revival as an exclusive speciality fashion. Written by Oľga Danglová, it was published in December 2014 by the ÚĽUV - the Centre For Folk Art Production. 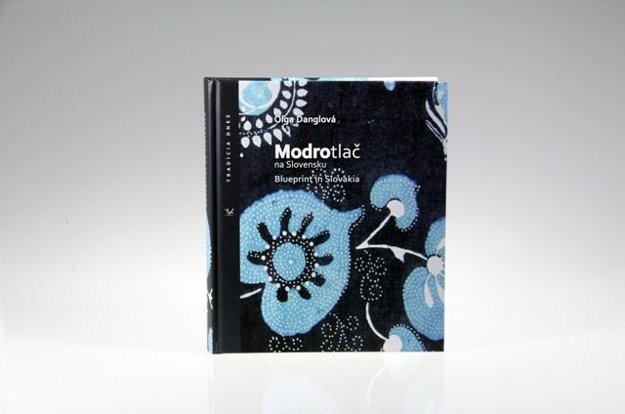 Although daring insights into the history (including numerous prestigious guilds of dyers), special technologies, system of patterns and symbols, as well as ethnographic context of blueprint in Slovak folklore, thanks to numerous and vivid photographs, the book also has appeal to non specialists.

The publication also shows blueprint in the European context, but mostly focuses on Slovakia. It was completed with the support of the project Cultural Heritage in Slovakia. Blueprinting techniques arrived to Slovakia from India, and the oldest dated work is from 1783. First, it thrived mostly in towns and cities, giving birth to many specialised guilds. After its appeal with the burghers faded away, it moved to the Slovak rural areas where it became commonplace. 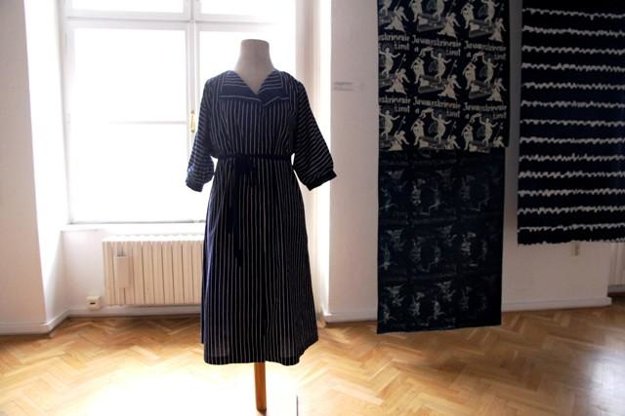 From the exhibition "Blueprint in Slovakia" (Source: Nina Turčanová)

In the second half of the 20th century, prevailing fashion and aesthetic trends pushed blueprint to the margins. Only recently, fashion designers have started to re-discover this once common technology and style and to use it to decorate clothing. The communist era, with all its – pretended or real – interest in the Slovak history and roots, has not promoted blueprint very much, either, stressing rather practical aspects of mass fashion and importing Soviet aesthetics.

Professor Jozef Vydra wrote a book on blueprint in 1956, but since then little has been written, making this thorough study, with rich illustrations and sophisticated layout, all the more valuable.