AT THE press conference held on the occasion of the 70th anniversary of the end of World War II, the Russian Embassy in Slovakia answered only questions sent by journalists in advance. 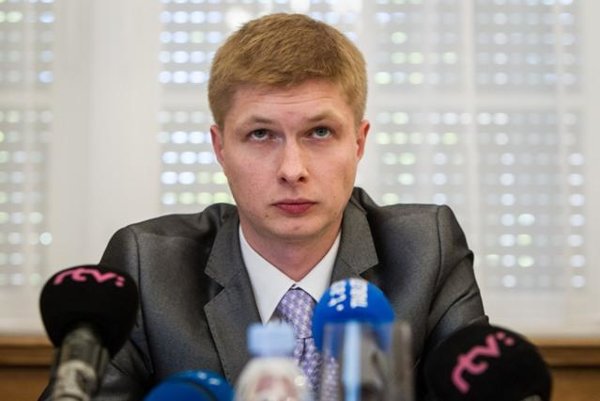 Among the topics on which the embassy informed on April 21 was the Ukrainian conflict and its impact on Slovak-Russian relations, but also the planned ride of motorcycle club Night Wolves through Slovakia.

“Alas, the next time,” Alexey Kulagin, press attaché of the embassy, told the Sme daily when a reported wanted to pose a question. He explained that in the invitation sent to media the embassy asked journalists to send the questions before the press conference. The daily, however, writes it did not get any invitation, but only learned about the event from the list of expected happenings published by the TASR newswire.

Kulagin also said that they made it this way in order to prepare a time schedule. During the question time, he named the journalists from TASR and public-service broadcaster RTVS, from individual media and asked them to pose questions. He then read the answers written on paper, Sme wrote.

“RTVS reporters, after several similar cases in the past, were asked by the Russian Embassy not to send the exact questions, but also topics,” RTVS spokesperson Dominika Šulková told Sme. “Though they sent the topics, they also asked about other issues at the press conference.”

Media analyst Tomáš Czwitkovics, however, considers the practice of asking for questions in advance non-standard. The Russian Embassy turned the press conference “into controlled theatre in order to avoid tough questions”, he told Sme.

Regarding the ride of the Night Wolves from Moscow to Berlin to commemorate the end of WWII, during which they plan to pass several European countries, including Slovakia, the embassy refused the claim that it is a provocation.

“They want to visit the capitals where fights took place and honour the deceased soldiers,” said Embassy Secretary for Cultural Affairs Sergey Cherkalin, as quoted by TASR. “They want to lay wreaths at Slavín memorial.”

The bikers are to visit Bratislava on May 2. Berlin has already prohibited the gathering, while the Czech Republic and Poland called the ride a provocation. The Slovak Foreign Affairs Ministry however said it will not obstruct the bikers from riding through the country.

“If Russians have valid visas to enter the Schengen Area, are not on the EU sanction list and observe valid law, their stay and movement on Slovakia’s territory is not limited,” Foreign Affairs Ministry spokesperson Peter Stano told Sme.

Neither Bratislava nor Stupava have dealt with the possible ban of the bikers’ gathering yet, TASR reported on April 20.