ECONOMY Minister Pavol Palis announced he was stepping down April 21, the same day the Sme daily reported about the success of his brother-in-law’s cleaning company in a public procurement. 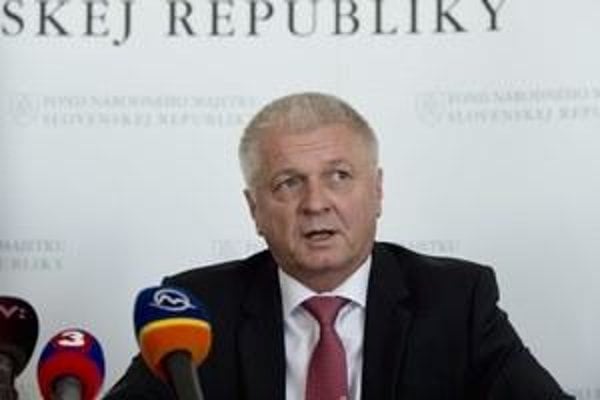 The resignation came after a meeting with Prime Minister Robert F ico.

“The Economy Minister has assumed political responsibility for information concerning him that was published by media,” ministry spokeswoman Miriam  Žiaková said, as quoted by TASR. “The smearing of his name represents potential damage to the party that nominated him as well as to his personal reputation and that of his family.”

There was no other way out for Smer, also due to the growing tension related to the Vahostav case, political analyst Juraj Marušiak told the TASR newswire.

“If a minister is linked with scandals of the sorts that were reported in Pavlis case, it should be a standard that political responsibility will be drawn in this way,” said Marušiak.

Pavlis is the fourth minister in the current government of the ruling Smer party to resign.

On April 21, the Sme daily broke the story that about Dávid Šípoš, Pavlis’ brother-in-law, the owner of a cleaning company called Sitis, who received commissions worth hundreds of thousands of euros from organisations operated by the Economy Ministry.

Sitis was founded in August 2012, four months after Pavlis’ arrival at the Economy Ministry as state secretary. Two months later, the company signed its first contract with MH Invest worth more than €20,000 and subsequently also received deals at other ministries, according to Sme.

Šípoš became the sole stockholder of Sitis in September 2013. In 2014, the company also concluded a cleaning contract with Tehelná Poliklinika health center, under the remit of the National Property Fund (FNM), worth €103,000, the daily wrote.

Pavlis first denied his connection with Sitis, and later refused to comment when the media informed that the company was owned by his relative.

Pavlis was mentioned in the media in connection with cleaning services in early March, when Sme reported that he was involved in a cleaning company Vepos, originally named Inexsys, which was cleaning the Staré mesto Bratislava district for around €8.3 million.

Back in 2008, Pavlis, then serving as a Smer MP, was reported to be an associate of the Inexsys cleaning company which won a tender worth 250 million Slovak crowns (approximately €8.3 million). The contract was valid for five years. The borough was then overseen by Andrej Petrek of the Slovak Democratic and Christian Union (SDKÚ).

Pavlis faced allegations of cronyism and nepotism since his early days as a minister, over state investment aid for the chemical company Duslo Šaľa from the portfolio of the tycoon and Czech Finance Minister (of Slovak origin) Andrej Babiš, who previously did business with Pavlis. Shortly after taking up the ministerial post, Pavlis cleared a 10-year tax holiday worth €58 million to Duslo, as the company was planning to invest around €310 million into modernising its production facilities for ammonia. The European Commission cleared the incentive for Duslo at the beginning of 2015.

During his brief term in the office, Pavlis was also subjected to an unsuccessful no-confidence vote in the parliament. 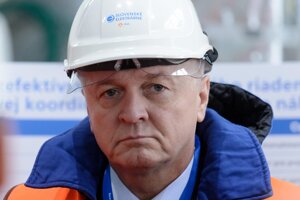 The opposition almost unanimously voted to oust Pavlis, accusing him of a conflict-of-interest in the lawsuit filed by a company called Port Service against the National Property Fund (FNM) that could cost the state €60 million. Port Service, where Pavlis used to be the board of directors chairman, filed a lawsuit against National Property Fund (FNM) only five days before Pavlis became a member of the FNM’s Supervisory Board. Port Services sought compensation for being expelled from a privatisation tender due to its failure to meet requirements. In this legal battle, it even received a loan of SVK600,000 (€20,000) from FNM under Pavlis’ tenure on the Supervisory Board so that it could pay the legal fees necessary to file an appeal with the Supreme Court in the wake of losing the case at the Bratislava Regional Court, TASR wrote.

Pavlis called the whole case fabricated and denied any connection with the company since 2006.

Pavlis has served as minister for just 10 months. It is not clear who will replace him in the ministerial post as of yet. The media speculate about the ministry’s two state secretaries (deputy ministers) Miroslav Obert and Rastislav Chovanec, but also about Deputy Prime Minister Ľubomír Vážny.

Pavlis, who is a member of Smer, replaced in the ministerial chair Tomáš Malatinský, under whom he served as the Economy Ministry’s state secretary, on July 2, 2014.

The dismissed minister could now theoretically return to parliament, since he was elected an MP in 2012 and his post was then passed on the substitute, Antonín Cicoň.