Lajčák: No to mandatory migrant resettlement

SLOVAKIA is against any mandatory resettlement of refugees according to any European Union’s distribution formula, Foreign Mnister Miroslav Lajčák said during a parliamentary committee session April 22. 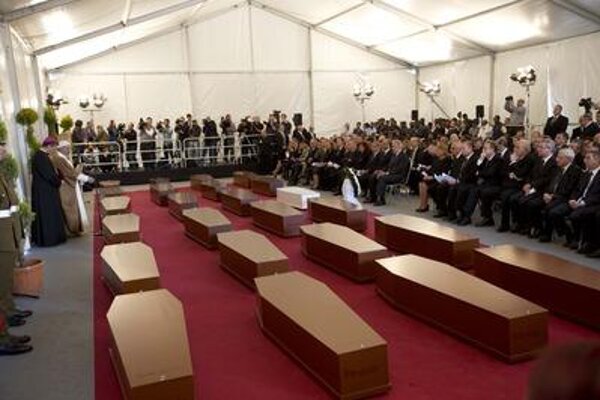 European Commissioner for Migration and Citizenship Dimitris Avramopoulos presented 10 measures designed to immediately respond to the thousands of illegal migrants currently trying to get into Italy and Greece – many perishing in the process. These measures will be a basis for April 23 EU extraordinary summit. One of the proposals is an emergency relocation mechanism; of which some argue to be a gesture of solidarity towards Italy and Greece facing the influx of migrants.

Lajčák argues that Slovakia is a “transit country” so that the migrants will choose their own their destination at the end of the day. “Are we going to confine them [in Slovakia]?” he reacted, as quoted by the TASR newswire. 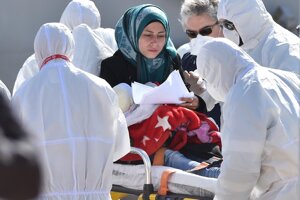 Slovakia supports progressive immigration policy based on a comprehensive approach to mounting migration pressures and supports resettlement on a voluntary basis based on the means and capacities of EU countries.

“We have solidarity concerning all EU problems,” Lajčák said. “Just because this migration doesn’t affect us as it does the southern countries, it doesn’t change anything. Slovakia is also an EU frontier country, and we can hypothetically imagine that this situation coming from the east, and then we would be concerned in a major way. This is how we want to approach this issue.”

Lajčák deems the situation even sadder in that it is a business from which smugglers and human traffickers profit, as the migrants pay €1,000-2,000 for the journey to Europe on old and overcrowded ships.

“One of the EU priorities is to stop this dirty business,” he added, saying that the top priority is to avoid the deaths of innocent people.