Patient sued by hospital amid allegations about medical records

VALÉRIA came to Trnava hospital in April 2013 with chronic appendicitis. When she woke up after surgery she felt excruciating pain in her leg. In effort to discover what is wrong with her she asked for video from the surgery that took 95 minutes but received a recording just 17 minutes and 19 seconds long. 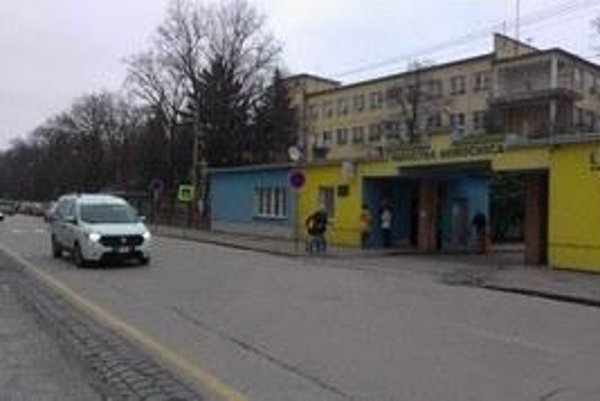 Valéria still has health problems after the surgery and wants to complete information about what happened during surgery. The hospital insists the tape she has comprises all that was recorded.

She has also complained that the page numbers in her medical record were altered. The hospital responded that changes in medical documentation are not serious.

The Health Ministry investigated the case and found 15 formal mistakes in hospital’s approach. When Valéria learnt about changes in her medical documentation in April 2014 she asked ministry to investigate the whole case again but she was refused by both health ministers of Fico’s government - previous health minister Zuzana Zvolenská and the current one Wiliam Čislák.

“It doesn’t matter whether Čislák or Zvolenská serves as minister, their approach is the same,” Valéria told The Slovak Spectator. “They refused all my requests and didn’t want to meet with me.”

The case was widely covered by media in summer 2014 and after few months of peace Valéria received legal document in March saying that hospital is suing her for libel. The situation has drawn the attention of President Andrej Kiska who wrote letter to Čislák on April 2, urging him to investigate the whole case once again.

Valéria learnt about video two months after the surgery when she visited hospital. No one asked her about permission to record her surgery. The hospital says that the recording was made for educational purposes therefore it did not have to ask for permission. The recording does not carry information about the name of the patient and doctors were able to find it only due to date of its creation.

“If video is anonymous patient does not know that we are doing that during surgery,” Igor Keher, who conducted Valéria’s surgery, told the Plus jeden deň daily in August 2014. “We save it on hard disc without mention their [patients] names. We ask for permission only in cases when we want to show surgery to public.”

However, head of the Doctors’ Trade Union Association (LOZ) Peter Visolajský has different opinion and claims that hospitals have to ask patients for permission when they want to make video of the surgery for medical students. When video is part of medical documentation the permission is not needed but the video cannot be destroyed.

Hospitals are not obliged to inform patients about creation of such video but it is doctors' decision, according to the Health Ministry.

“We think that informing patient about possible recording [of surgery] for scientific and education purpose is rather a question of ethics,” ministry’s spokesman Peter Bubla told The Slovak Spectator.

Still, Valéria claims that the whole surgery took 95 minutes and the hospital gave her only 17 minutes and 19 seconds. But Keher told the Sme daily that video is not edited and it is short because only parts of the surgery were recorded. He further claimed that laparoscopic tower was making it and therefore he had to convert the recording to format which common computer would be able to play.

The Sme has suggested that it could be a lie.

“The signal does not have to be converted,”  Klaus Hilzinger of the Storz company which produced the device, told Sme.

To deal with the video problem Valéria approached Health Ministry which sent the inspection to the hospital. They found only 15 formal mistakes, none which the considered serious.

Subsequently she asked Health Ministry again to send investigators because she had suspicions that someone could have altered important data just like in case of video. The ministry declined to do so, and spokeswoman Zuzana Čižmáriková told The Slovak Spectator that ministry has already taken all the legitimate steps to investigate the case.

Further, the hospital says that whited-out and changed  numbers are just minor corrections.

“The pages are lined up in order according the date and time and they are following each other,” Trnava Hospital spokesman Matúš Stračiak told The Slovak Spectator.

“It is lie,” Valéria responded. In her documentation, which The Slovak Spectator has, for example, medical record from May 1, 2013 is placed before record from April 30. Also treatment from April 26 is placed after the patient’s leaving record made on May 2. The pages of which some have erased numbers therefore do not follow by the date as hospital claims.

The information in medical record can be altered but it has to be clear who made the change and what was changed. When any alternation in medial document is questionable the health care provider has to explain it, Ivan Humeník of legal firm H&H Partners told the Pravda daily in August 2014.

The Healthcare Surveillance Authority investigated the case but Valéria requested the end of investigation.

“I wasn’t part of proceeding and I would not be able to appeal results,” Valéria explained her decision. “I also discovered that person who was dealing with my case was working with surgeon [Keher] in past.”

Legislation not the problem

Despite the questions raised about the duties of hospitals related to medical documentation Health Ministry does not plan any changes which would made it clearer, according to Bubla.

Also Visolajský does not see any reason for change in legislation stressing that hospital should just follow the current rules.