AMID a race to pass legislation that would come into effect before construction firm Váhostav-SK meets with creditors April 30, Prime Minister Robert Fico's government passed an overhaul to insolvency laws coupled with a bailout for the ailing firms creditors April 23. 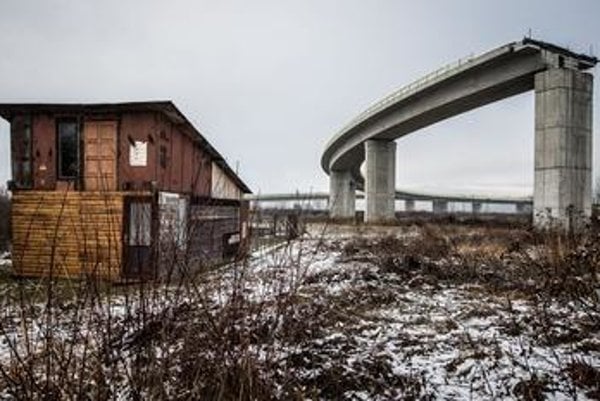 The legislation still needs President Andrej Kiska signs it into law. He promised to deal with it quickly. The changes revise the Commercial Code and other laws related to bankruptcy and restructuring to the benefit of smaller unsecured creditors, those whose claims are not secured by collateral. 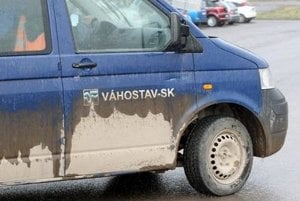 In the case of Váhostav-SK the changes could help many subcontractors who are owed money avoid  bankruptcy themselves, but the opposition criticises as tailor-made for Váhostav-SK and oppose the use of a  special  banking levy to finance the plan.

“The European Central Bank has issued a stance according to which the bank levy cannot be used for any other purpose than solving systemic, future failures of banks,” Jozef Kollár, a non-partisan MP and member of the non-parliamentary party Skok said on April 23 as cited by the SITA newswire.

The changes will allow unsecured creditors to sell their claims towards Váhostav-SK the state Slovak Guarantee and Development Bank (SZRB) and get immediately 50 percent of their nominal value. The state plans to send to SZRB about €40 million from €500 million the banks collected within the special levy, the Sme daily wrote. The SZRB will then collect payments from future Váhostav-SK profits.

Though small creditors could also opt to collect the full amount they are owed from future Váhostav-SK profits many say they prefer to get 50 percent immediately. 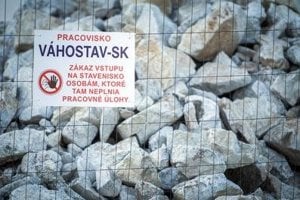 In response, the Finance Ministry stated that ECB hasn’t adopted a stance on the amendment yet and neither asked for any consultations.

“Due to the fact that the proposal was submitted in a fast-tracked procedure, it was not possible to forward the motion to ECB for consultations,” the ministry wrote in its press release. “Further progress will be consulted with ECB.”

The rescue plan of the Váhostav-SK’s creditors, first introduced by Fico on April 19, underwent several changes while the final plan is that banks - also creditors of the construction giant - will give up a portion of their secured claims. This means a concession on the part of banks, the claims of which will be satisfied only to 85 percent, instead of the originally planned 100 percent, meaning the three banks involved should get €22.4 million instead of €26.4 million. Remaining 15 percent or almost €4 million will be divided between small creditors.

Under the original restructuring plan, scheduled to be discussed on April 30, Váhostav-SK planned to settle 15 percent of its debts or €15.7 million to small and medium-sized companies over a period of five years. Secured creditors would have received 100 percent of their claims. In total the firm planned to repay just 32.3 percent of its total debts of €136 million, or €43.9 million.

In the meantime the police raided Váhostav-SK buildings in Bratislava and Žilina on April 22. The raid took place three weeks after launching criminal prosecution in the case. Váhostav-SK is suspect of harming of creditors interests. Officials seized company documentation, including all economic, financial and contractual documents from years 2011-2014.

Afterwards Juraj Široký, sitting in the management of the Finasist company holding 100 percent in Váhostav-SK, offered 49 percent of Váhostav-SK’s available shares to unsecured creditors – especially the small-sized firms and the self-employed – in order to satisfy their claims towards the firm. The criterion for the division of the shares should be the sum of the claim.

The legislation allows for similar solutions in other restructuring cases as well. The adopted revisions strengthen the position of small creditors while debts of companies undergoing restructuring will not expire. Companies will be obliged to pay a portion of the debts during the restructuring process and the rest from their future profits. The revision also introduces measures to hamper syphoning of companies including a ban to return deposits to owners of companies.

The revision also sets clear rules for provision of loans to companies under the threat of bankruptcy. To promote awareness about potential repeat fraudsters the state will launch a register of such incidents. The list will include people who cannot become members of statutory or supervisory bodies of companies. There will be also introduced serious disciplinary sanctions for postponing bankruptcy of a company. Companies undergoing restructuring will not be able to participate in public procurements.