THIS postcard from 1947 captures the town of Zlaté Moravce in the Žitava river basin. On mild slopes, there are still vineyards in which the grapevines were fixed to a  štek, or a firm club. This way of fastening wine continued until 1970s when it was replaced by binding with long wires 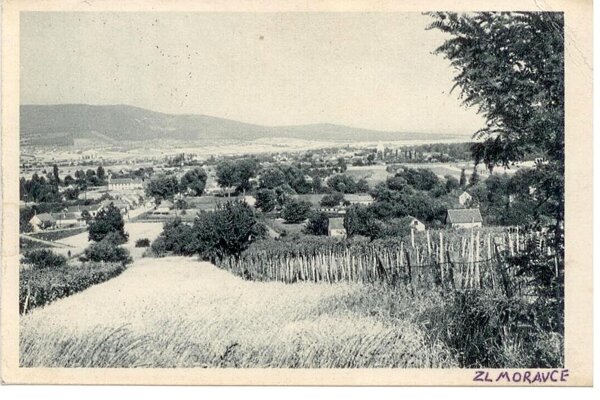 Along with the Small-Carpathian region, the Požitavie is among the country’s traditional wine growing regions. Here, monasteries pursued wine-growing in Middle Ages; and all viticulturists had to pay taxes, a tithe of one-tenth the harvest. The person authorised to collect this tax was called a dežmár.

As tithe represented a considerable sum for the villagers, they tried to avoid paying it. In practice, this meant that they picked the grapes and processes them before the dežmár came.

Then, they hid barrels of wine in pits dug in fields or somewhere on their property. Of course, the lords knew about such evasions, and as early as 1500, the regional council issued a law that stipulated that instead of taxing wine, grapes should be counted and collected already during the harvest.

A bad blow for local viticulture were the Ottoman wars as enemy armies frequently made it to Požitavie. Vineyards were plundered and those that survived were taxed by the Ottomans.

After the Ottoman wars, a law became valid which stipulated that whoever planted vineyard, did not have to pay tax for several years. This is probably the only explanation for that fact that in 1715, big areas of brand new vineyards appeared above the village of Čifáre. Tax dodging is as old as viticulture itself.