Now married to the EU, Slovakia still flirts with Russia

START-UP companies always find achieving success to be a struggle. Even more so when that company is an independent newspaper in a country with no tradition of free enterprise or free press. 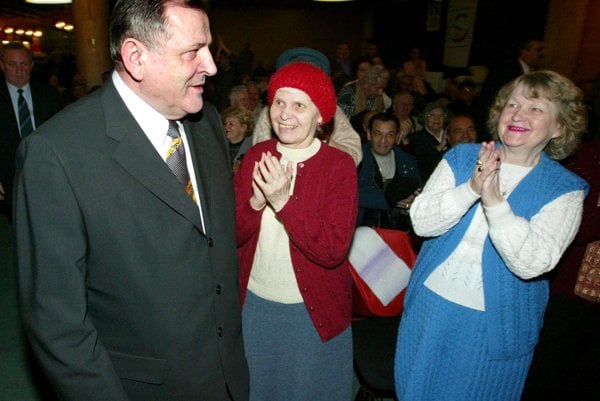 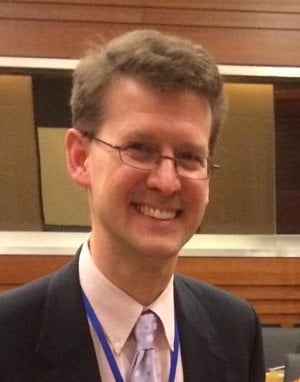 When my partners and I published the first issue of The Slovak Spectator in March 1995, we hoped we would still be publishing in March 1996. Aside from a new venture’s normal concerns, the political and economic environment meant that sticking around for even 12 months was far from certain.

The state of affairs in Slovakia at that time was dark. The government of Vladimír Mečiar was actively wooing Russian security cooperation and investment. This was in stark contradiction to the government’s public rhetoric of seeking integration with European and trans-Atlantic structures.

On June 27, 1995, Slovakia submitted its formal application to join the European Union. The outlook should have been rosy.

But incredibly, just two months later, the adult son of then-President Michal Kováč was abducted, beaten, forced to drink whisky, stuffed into a car, smuggled across the border, and dumped in front of an Austrian police station. It was widely speculated that Slovakia’s secret police were involved in an effort to discredit the president, who was in an ongoing dispute with Mečiar. There was no serious investigation into who committed the act. Then a supposed witness was killed when his car suddenly exploded while turning a bend in Bratislava. Again, no serious investigation.

The intimidation tactics extended even to our little newspaper. Our balanced coverage of events in the country was perceived by the government as a threat because our audience of 5,000 readers included western diplomats and journalists watching Slovakia.

Many of the most loyal readers of the government’s mouthpiece newspaper, Slovenská Republika, were said to be female Mečiar supporters over 70 who loved the prime minister for his quick lawyerly mind, his strong advocacy of an independent Slovakia, and his rugged good looks. These were the Babky Demokratky. My grandmother was one of them. When watching the prime minister on television, she would frequently say, “My god. He’s a looker”. So you can imagine my grandmother’s dilemma when Slovenská Republika ran a big article about The Slovak Spectator titled, “Against the Government Coalition”. They were challenging my Babka Demokratka to choose between her grandson and her hero! But more than familial allegiances were tested. It was one of many tactics intended to discredit any independent voices.

Where Slovakia’s application to join the EU was widely welcomed in capitals from Berlin to Brussels and Washington, and should have been cause for encouragement, instead, events on the ground raised serious concerns.

Slovakia was hit with a diplomatic double whammy. On October 25, 1995, the EU issued a demarche. And two days later, in a show of support, the US also issued a demarche. Their message was clear: Even though Slovakia was not big, rich or powerful, western alliances were willing to give it a shot. But if Slovakia were to join the EU or NATO, its leadership had to conform to certain norms. 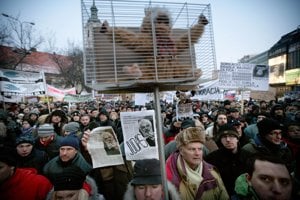 Feeling spurned, however, its leadership did the opposite. Mečiar tied Slovakia’s future ever more to that of Russia, with deals on energy and defence. As a result, the fear that Slovakia would be excluded when its neighbours would soon join the EU and NATO became palpable inside and outside the country. And this contributed to the vicious cycle, with foreign investors unwilling to risk capital on a country with such uncertain prospects.

At that moment, many Slovaks’ dream of EU membership and its benefits – greater freedoms to study and work abroad, foreign direct investment to bring jobs, opportunities to trade more easily across borders, and structural funds for improved infrastructure – was in serious jeopardy.

Then, a remarkable thing happened. The diplomatic and economic pressure mobilised a segment of the population. Young people, unhappy with their prospective future, organised to choose the forces they wanted in power. In September 1998, Mečiar’s party came less than 1 percent ahead of the main opposition party. When Mečiar couldn’t form a government, a new coalition came to power. The government of Mikuláš Dzurinda stated its unequivocal intent to join the EU and NATO.

It had to watch with regret when six months later its neighbours the Czech Republic, Poland and Hungary joined NATO together.

Slovakia’s first invitation to an exclusive club came in December 2000, when the country joined the Organisation of Economic Co-operation and Development, the global group of wealthy nations. The government could point to tangible results.

But perhaps the best news for the government’s chances for a second term came just months before the 2002 general election. It had nothing to do with politics, and it happened in Sweden. For the first time ever, Slovakia won the world championship in its national sport of ice hockey. Slovaks felt like winners. The Dzurinda government was rewarded with re-election.

Over the next two years, two major car manufacturers, Peugeot-Citroën and Kia, announced plans to invest €1.7 billion and create 5,800 jobs in the country. They did so because by this time, EU membership was becoming inevitable.

Slovakia had crossed the finishing line of accession at the same time as its neighbours. But the longer race was not over.

In December 2007, Slovakia joined the so-called Schengen zone of border-free travel. A year after that, on January 1, 2009, Slovakia became just the second post-communist country, after Slovenia, to adopt the euro as its currency. Six years later, the Czech Republic, Poland, and Hungary have still not adopted the currency and remain unlikely to do so for years to come.

Many promises of EU membership have been fulfilled. Unemployment dropped. Inflation stabilised. Per capita GNP rose at a higher rate than it had been rising previously. And Slovakia became one of the world’s most internationally integrated economies.

But energy security remains a major concern. A legacy that none of Slovakia’s leaders has been able to alter is the fact that 100 percent of the country’s gas comes from Russia. This dependency has caused current Prime Minister Robert Fico to be more cautious than most of his EU counterparts on sanctioning Russia for its involvement in Ukraine.

Will that mean Slovakia is soft on Russia when it assumes the rotating presidency of the EU on July 1, 2016? A general election in Slovakia in March next year will leave much uncertain until the eve of the presidency.

Slovakia’s story is one of success. But as The Slovak Spectator celebrates its 20th anniversary this month and I look back, the country’s success was far from assured two decades ago. A small country of modest means, Slovakia was an underdog. It had to overcome bad management and poor decisions, and carefully choose its allies. As long as Russia stumbled through the late 1990s and the 2000s, that choice was not difficult. But with Russia flexing its muscles, and Slovakia in a position of having more to lose, the choices may become more difficult.

What are the lessons? Things can change. It takes people assuming control of their fate. And it can be done with diplomacy and negotiation.

Through hard work, ideas that seem fanciful can become reality. Only in our wildest dreams did my co-founders of The Slovak Spectator imagine we might one day see a celebration of the paper’s 20th anniversary. I’m so pleased that this is exactly what we are celebrating this month in Bratislava.

Rick Zedník was a co-founder of The Slovak Spectator. He is now CEO of EurActiv.com, the EU policy news network, in Brussels, and he is the author of “A Country Lost, Then Found: Discovering My Father’s Slovakia”.