Plan for migrants unworthy of Europe

EU’s response to the tide of vulnerable people sweeping across the Mediterranean has been to lock the door. 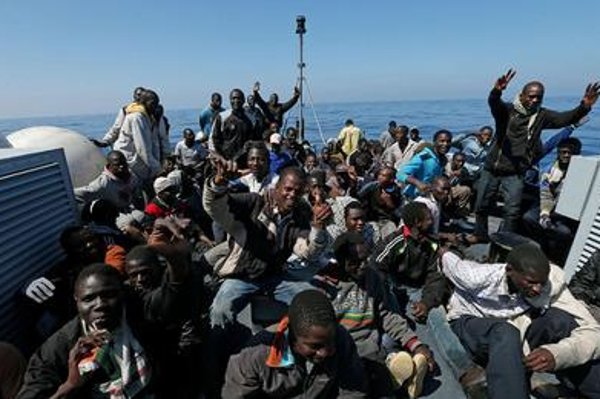 The EU intends to triple funding for border controls in the Mediterranean – but has rejected an expanded search-and-rescue mission that might save the lives of migrants where they are actually lost, further out at sea. European Council President Donald Tusk has promised to resettle those migrants who qualify for refugee status across the EU, but only “on a voluntary basis” – and to turn the rest back home to Africa.

UK Prime Minister David Cameron has offered to send a warship and helicopters to help out – but only if the people his mission rescues do not receive asylum in Britain. And Dutch Prime Minister Mark Rutte believes that the whole uncharitable farce is already costing Europe too much money.

“The last time I checked Libya was in Africa, not in Europe,” he grumbled at an emergency EU summit on April 23.

No one expects Europe to solve the migration crisis from North Africa and the Middle East on its own, but the craven proposals that emerged from this week’s talks were unworthy of our collective moral heritage. Over 1,700 people have already died on the Mediterranean this year out of the 35,000 who have attempted the crossing, which means that 2015 is shaping up to be the most deadly year ever.

Most of the drownings have occurred far from the coasts of Italy or Malta. And yet the EU has refused to extend its Triton border mission beyond the territorial limits of its member nations, meaning that €120 million in funding will be spent on mopping up after tragedies rather than preventing them.

Moreover, Europe intends to seek a UN resolution that will allow it to destroy the boats of traffickers in Libya – or as the UK’s Cameron boasted to cameras, “smash the smugglers”. This, again, will risibly miss the target, even if such a resolution can be secured. If traffickers’ boats are destroyed, refugees will simply be set adrift in less-seaworthy craft, with ever greater loss of life. Meanwhile, a graver problem will persist: the Libyan prisons where migrants are held and mistreated for months, in order to force their families to send more money to pay for the crossing to Europe.

“There is a moral imperative to save the lives of people in peril – regardless of who they are or where they come from,” said Alessandro Bechini, director of Oxfam in Italy. Indeed. Many of us remember a time when moral, humanitarian imperatives were sufficient to prompt action from Europe’s leaders.

Even if the bar was never set too high, xenophobia and callous disregard for the lives of strangers have never been the norm in Brussels. Until now.