There is money in waste

Waste separation and recycling of waste will be enforced. 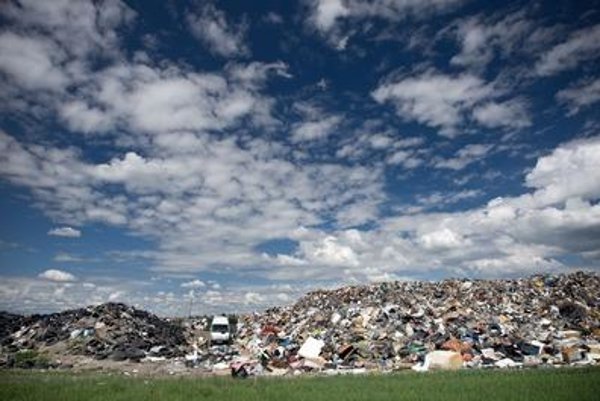 One of many landfills in Slovakia. (Source: Sme)
Font size:A-|A+0

The new law on waste management, recently approved by the Slovak Parliament, will come into effect as of January 1, 2016. With this Waste Management Act Slovakia will implement a number of European policies (directives and other standards). Waste separation and recycling of waste will be enforced. And, perhaps even more importantly, a clear transparency regime in waste management matters will be the result.

According to Eurostat, Slovakia belongs to EU countries with the lowest communal waste production per capita (in 2013, it was approximately 322 kg of waste per inhabitant). Still Slovakia produces on average 10 million tonnes of waste every year. Out of this number, around 40 percent is re-used in industrial processes, while almost 50 percent of the total amount ends up in a landfill. Unfortunately, a large number of these landfills are unregulated, (2,500 of them are semi- or totally illegal!). The number of illegal landfills will certainly drop.

Landfills have a negative effect on the environment in general. A decrease in waste simply dumped is positive. But other positive steps are needed as well.

Take, for instance, the Netherlands. The Dutch perceive the waste industry not only as an effective way to help the environment but as an opportunity to make money. In the 80s, the Netherlands found itself in a similar situation to Slovakia – waste was produced and stored in landfills. As a result of limited storing possibilities in the country (same size as Slovakia, but with more than three times the number of inhabitants) landfills negatively affected the environment, through pollution of the soil, groundwater contamination and, of course fumes and smell.

Subsequently, the government initiated several well aimed policies that led to the reduction of the total amount of waste produced, as well as towards re-using as much of the waste as possible.

By a series of measures (mandatory and prohibitory, taxes and subsidies), the Netherlands has managed to enforce a sustainable waste market. Nowadays, the Dutch find use for 96 percent of the waste produced, while only 4 percent of waste ends up in landfills. Around 64 percent of waste is recycled and the remainder is incinerated to produce electricity. At first, it was the government that played a very active and steering role, which was necessary to have the fragile waste market emerge. Thanks to clear and consistent policies, the market followed and now consists of strong, full-grown waste management companies that operate far beyond the Dutch borders. At present, the Netherlands imports waste in order to make money!

The most important point to be made is that government should help to create viable conditions for a well regulated market. In doing so, it shows its commitment to enforcing sustainable waste management solutions. Once transparency and predictability are set in place, businesses will see opportunities for long-term investments. Moreover, the use of innovative technologies certainly contributes to the emergence of a sustainable waste market.

Many of the Dutch innovative and sustainable waste management approaches could be beneficial abroad as well, including in Slovakia. Learning from each other and following the best practices is priceless. Slovakia could be inspired by the Dutch waste management solutions. Once the public sector, on national and regional levels, has done its work, the private sector will follow. A well regulated environment could as a consequence become a lucrative environment.