AMIDST problems that health care in Slovakia has been facing for some time already, opposition MPs tried to oust Health Minister Viliam Čislák, who was allegedly trying to sweep health-care issues under the carpet, including Piešťany hospital’s overpriced CT scanner, hospital food tenders and the Žilina hospital situation. 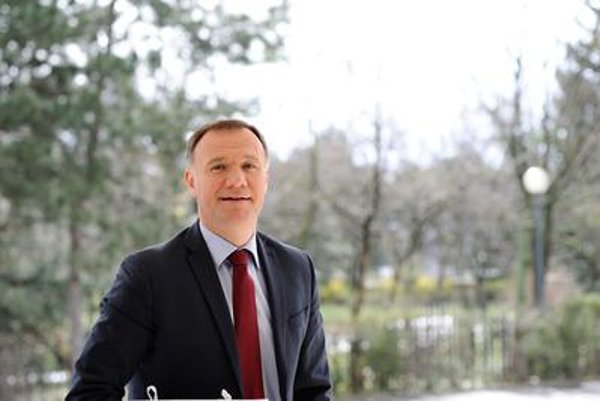 However, Čislák survived the vote on April 24 and will stay in his post as only 37 out of 110 MPs present voted for his ouster.

“People responsible for the Piešťany hospital’s CT purchase received lucrative positions ... there’s the same management board in Piešťany, and the hospital directors dismissed because of hospital food supplier tenders became deputies there,” said Daniel Lipšic (independent MP, chair of the non-parliamentary NOVA party), adding that the minister is only carrying out orders, being a puppet. “Even for dismissing Žilina hospital head (Štefan Volák), Prime Minister Robert Fico had to give Čislák the order,” Lipsic claimed as quoted by the TASR newswire.

Ordinary People and Independent Personalities  (OĽaNO) leader Igor Matovič showed photographs of Slovak hospitals in the debate and pointed out to what he sees as “disgusting, mould-infested walls in awful states of disrepair”. “You act like nothing but slaves to a man who’s building a mega-villa in the Bahamas,” Matovič said. “You’re drafting laws to enable him to siphon €450 million tax-free off Slovak health-care.” Matovič added that Slovakia does not invest into better equipment of hospitals and prevention but rather into Cyprus as a tax haven.

Čislák had claimed earlier in the day that the opposition wanted to dismiss him over scandals caused by the previous two right-wing governments (2002-06, 2010-12). He also cast doubts as to whether the opposition genuinely cares for Slovak health care.

Čislák became minister after former speaker of parliament Pavol Paška, health minister Zuzana Zvolenská and deputy parliamentary speaker Renáta Zmajkovičová resigned from their posts in connection with the CT scanner scandal. Zvolenská meanwhile received a job for the Slovak Representation with the European Union in Brussels, while Paška maintained his party position and parliamentary mandate.