PRESIDENT Andrej Kiska signed on April 27 the revision to the Commercial Code that should make it possible to bail out unsecured creditors of the insolvent construction company Váhostav-SK. 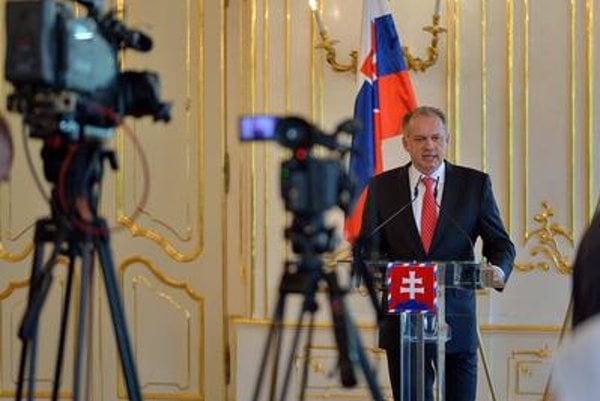 He did so two days before a meeting at which Váhostav-SK’s creditors should greenlight the restructuring plan of the Váhostav-SK. The meeting is scheduled for April 30.

”As president I won’t present an obstacle to the agreement between the prime minister with Vahostav and banks that was promised to small creditors, who’ve accepted it,” said President Kiska as cited by the TASR newswire. ”That’s why I signed the law.”

Prime Minister Robert Fico earlier in the day stated that if Kiska didn’t sign the bill, the governing Smer party would comfortably pass it in parliament again.

Based on the passed legislation, unsecured creditors of Váhostav-SK, that are mostly small and medium-sized companies to which the company planned to pay out only 15 percent of their debts, will be able to get shares of Váhostav-SK’s or to sell their claims to the Slovak Guarantee and Development Bank (SZRB) for 50 percent of their nominal value. 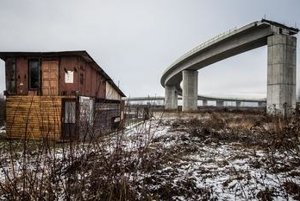 Nevertheless, Kiska believes that the bill contains quite a few unclear and risky measures, so he wants to draw Speaker of Parliament Peter Pellegrini’s attention to them.

“I also expect that the government will speedily turn to the European Commission to decide whether the Váhostav-SK plan is in line with EU law concerning state aid,” said Kiska.

The bill changes the process of restructuring, introducing the option of using bank levies - originally meant to tackle crises in the banking sector – to make sure that creditors of companies undergoing restructuring see 100 percent of their claims satisfied. According to this bill, the liabilities of companies aren’t done away with even after the restructuring process is concluded.

In the case of Váhostav-SK the state wants to use bank levies via SZRB to offer the company’s unsecured creditors the option to buy up 50 percent of their claims immediately.

The amendment also introduces the option of modifying the restructuring plan before it’s approved at a meeting of creditors. In the case of Váhostav-SK this will allow banks to relinquish part of their claims. According to the restructuring plan, banks should have received 100 percent of their claims from Váhostav-SK, but following negotiations with the Government, they’ll only get 85 percent. The remaining 15 percent will go to small creditors, including the self-employed. Originally, non-secured creditors should have seen only 15 percent of their claims satisfied.