TAX licenses that required even loss making firms to pay a yearly duty were introduced in 2013 for the 2014 tax year, with such payments only coming due now early data shows that otherwise dormant companies are being closed and the number of profitable companies increased by roughly 10 percent to 59.4 percent . 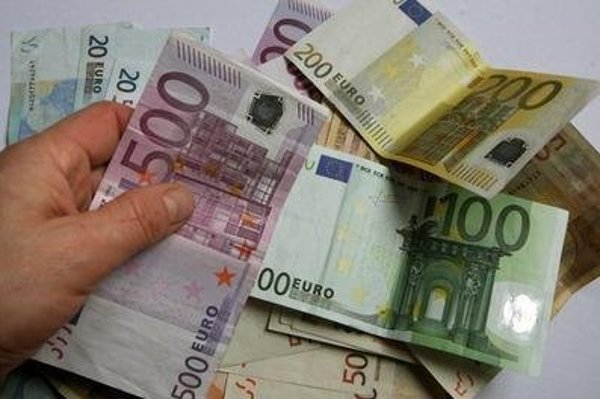 “We ascribe the drop [in the interest to launch a new company] to the introduction of the tax licenses, which, according to us, worsened the start to small companies,” Branislav Vaculčiak of the IndexPodnikatela.sk wrote on its website.

Analysts with IndexPodnikatela.sk website dedicated to support and develop transparent business environment in Slovakia analysed data of almost 87,000 companies that had delivered their tax returns by the deadline of March 31 and more 160,000 companies from 2013. They found a 57-percent decrease in the interest in launching new companies in 2014 compared with 2013.

In case of closing down companies, the analysis indicates that in 2014 business entities persons began to close down inactive companies to avoid paying tax licenses. While a total of almost 5,920 companied closed down in 2013, one year later it was almost 8,500 with 1,115 and 2,065 companies winding down their operations only in November and December, respectively.

Róbert Kičina of the Business Alliance of Slovakia (PAS) and Vladimír Baláž from the Institute for Forecasting of the Slovak Academy of Sciences see tax licences as a dominant reason for last year’s cancelation of companies.

“The economy developed in a favourable way, the employment grew and thus there is no other reason than tax licenses which would push companies to close down,” said Baláž as cited by the Hospodárske Noviny daily.

“Maybe this year even more companies than last year would end,” said Orda Oravcová adding that this may happen after they see their tax returns delivered by March 31 and ponder whether it is worth for them to do business also after paying the tax license.

As companies were able to postpone the deadline for delivering their tax returns by three months another wave of cancelation of companies is expected in mid 2015.

The Finance Ministry's think-thank, the Financial Policy Institute (IFP), plans to analyse companies that ended their operation during the period since the introduction of tax licenses on the basis of available data from tax returns and register of companies by the end of the year.

“Thus we can say that tax licenses had a positive influence on profitability of companies,” wrote Vaculčiak, adding that the biggest change occurred in companies which ended with a zero profit before. “It is quite probable that also cancelation of inactive companies which reported zero profit is behind the significant percentage of the change in profitability because the change in case of loss-making companies is not as significant.”

An analysis of FinStat company found out that profits of companies in 2014 compared with the previous market increased by 25 percent. But as it assessed economic results of only less than one third of companies, it is necessary to wait for final results and a final lower figure is expected. FinStat analysed results of almost 55,000 companies before March 31.

How much they pay

Back in 2013 the Finance Ministry introduced the tax licenses in an attempt to purge the business register of dead or dormant companies and in response to recent developments that a significant share of companies claim losses and avoid paying tax. There are three tax licence rates: companies that are not value added tax (VAT) payers should pay €480, the state collects €960 from VAT payers, and all companies with revenues greater than €500,000 pay an annual licence of €2,880.

Tax licenses are part of their general corporate tax duties. Companies will be able to reduce their tax duties through paid licenses over the following three years. Companies are exempted from the licence during the first year of their operation, drawing into question the argument the drop in new companies last year was a result of the tax licence policy. Companies in bankruptcy and liquidation are exempt as well.

The analysis of almost 87,000 companies that had delivered their tax returns by the deadline of March 31 indicates that more than 33,000 companies ended with zero tax duty, but in spite of this they had to pay the tax license. In total they paid more than €41.78 million. Companies with corporate tax duty below the tax license exceeded 20,000 and paid almost €28.34 million. Companies with tax duties exceeding the license was about 28,000 and they paid corporate taxes of more than €791 million.

Final revenues from tax licenses will be known only after June 30 as several companies opted for postponing the deadline for filling in their tax returns by the end of June. Based on data of 2013 analysts of the portal estimated that the license would matter about 143,000 companies. The Finance Ministry estimates that net revenues from the tax licenses would be €110 million.