THE SUPREME Court sentenced Russian businessman Sergey Salmanov and his son Alexander to seven and six years in prison, respectively, in a bribing case. 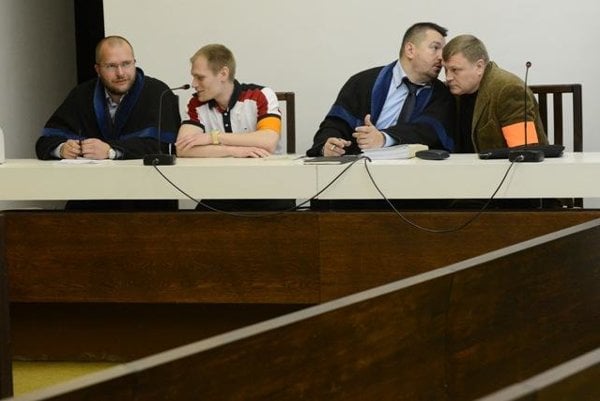 The three-member panel confirmed at an open session the verdict issued by the Specialised Criminal Court in Pezinok last December and turned down the appeal of the accused men. The verdict is valid and it is not possible to appeal it.

“The Supreme Court scrutinised the appealed ruling and learned that the appeal is legitimate only in case of the prosecutor,” chair of the panel Peter Krajčovič said, as quoted by the TASR newswire, adding that the court in Pezinok used logical arguments and there is no reason for complaining about the verdict.

The Supreme Court, however, did not approve the proposal of the prosecutor to toughen up the punishments for the businessmen. Both will serve their sentences in a maximum security prison, TASR wrote.

The pair was accused of bribing Mária Z., former head of the tax office in Šamorín (Trnava Region), back in 2010 in return for her help with excessive VAT deductions for their firm. They promised her 10 percent of the deductions. Though her reward was calculated at €290,000, she received €40,000 in cash.

While the lawyer of the Salmanovs Viktor Križiak is not satisfied with the ruling; the prosecutor of the Special Prosecutor’s Office said they are partially satisfied, but expected a longer sentence.

“On the other hand, I am glad that the court accepted and approved all proofs,” the prosecutor said, as quoted by TASR. “It is a signal for all businesspeople with similar plans that similar deeds will not be left unpunished.”

The two businessmen were first found guilty on December 3, 2013. They were to serve their sentence in minimum security prison. However, the verdict was invalid, and both the prosecutor and the accused men appealed it.

Regarding the case, the police are investigating the suspicion of bribing the judges. They are accused of accepting money in the past to pass rulings in favour of the businessmen, the Sme daily wrote.