THE FOREIGN and European Affairs Ministry has managed to contact 75 out of 90 Slovaks in Nepal as of April 28. One of them has minor injuries and is staying in a Nepal hospital but is prepared for transport. 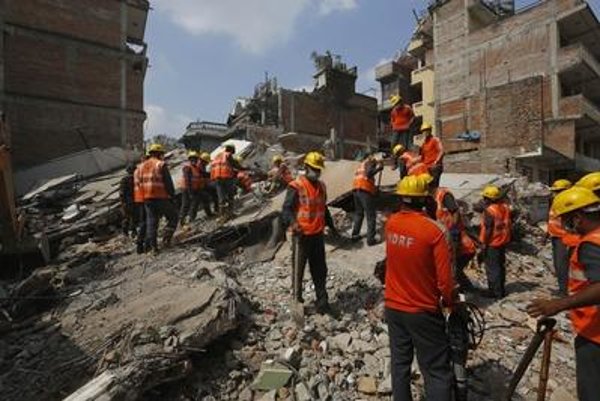 The earthquake of magnitude 7.8 on the Richter scale that struck Nepal on April 25 was the strongest in 81 years, causing over 5,000 confirmed deaths and widespread damage, with houses and ancient temples collapsing. The dysfunctional airport in Kathmandu has caused jams of tourists eager to fly home.

The rest of Slovaks with whom the ministry is in touch are unharmed and do not need help, the TASR newswire learnt from ministry press department director Peter Susko. He pointed out that the situation in Nepal is still chaotic and has been exacerbated by communication and electric power blackouts. Back on April 25, the ministry established contact with Slovak members of mountain climbing expeditions, who are confirmed to be out of any danger. 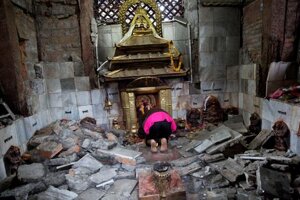 Read also:Foreign Ministry in contact with most Slovaks staying in earthquake-stricken NepalRead more

On April 29 the government agreed on humanitarian aid with a sum of around €95,000. The Interior Ministry will send 4.5 tonnes of material including securing emergency shelters and food for 100 people worth €62,900. The Health Ministry will provide surgical material valued at €30,000; State Material Reserves will send blankets worth €836 and water containers for €1,487. The transport of this material is still the subject of discussions, TASR wrote.

Meanwhile, civil association People in Peril has joined the activities of international NGOs and launched a public fundraiser to help the victims of the Nepal natural disaster, said the association’s PR manager Eva Sládková. The collected money will be used to provide the most pressing aid for the victims.

Slovak humanitarian organisation MAGNA will provide medical, psychological and social aid to the victims of the Nepalese earthquake, particularly to children, TASR learnt from MAGNA operations director Denisa Augustinová. She reported that MAGNA will send two four-member teams consisting of psychologists, social workers and therapists. “We’ll be providing aid at hospitals and provisional centres for the earthquake victims,” she told TASR. At a later stage MAGNA will also set up specialised centres for children.