Unsecured creditors to get more

THE UPROAR around the scandal of the insolvent construction company Váhostav-SK looks set to calm after President Andrej Kiska signed legislation enabling a bigger bailout of small creditors into the law. 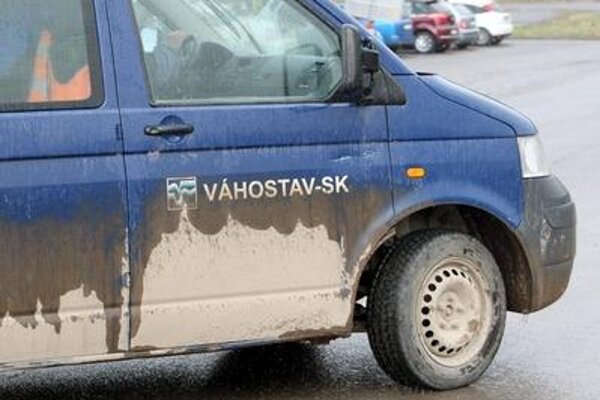 But only time will show what damages the scandal has made on the reputation of the ruling Smer party and its future coalition potential and whether flaws in the fast-track legislation would emerge, experts say.

After Smer withdrew on April 23 the proposal to oust Ján Figeľ, the head of the opposition Christian Democratic Movement (KDH) whom Prime Minister Robert Fico sought to make politically responsible for the Váhostav-SK scandal, as deputy speaker of parliament, Kiska signed the revision to the Commercial Code on April 27 into law.

“It is the decision and responsibility of the cabinet,” Kiska said. “And this is why I signed the law.”

The revision makes it possible to bail out unsecured creditors of Váhostav-SK, a company controlled by Juraj Široký, an alleged sponsor of Fico’s Smer party. The Slovak Spectator went to print on April 29, one day before a meeting of Váhostav-SK’s creditors was slated to take place, where shareholders were expected to approve the company’s restructuring plan.

Kiska indicated he did not want to present an obstacle to the agreement between the prime minister with Váhostav-SK.

Nevertheless, he voiced his concerns and reservations against the adopted legislation and said he expects the government to turn to the European Commission to find out whether the bailout plan is in line with the legislation of the European Union in terms of state assistance.

The bill changes the process of restructuring, introducing the option of using bank levies – originally meant to tackle crises in the banking sector – to pay back creditors of companies undergoing restructuring. Moreover, the liabilities of companies are not done away with even after the restructuring process is concluded.

Based on the passed legislation, unsecured creditors of Váhostav-SK, that are mostly small and medium-sized companies, whose claims are not secured by collateral, to which the company planned to pay out only 15 percent of their debts, will be able to sell their claims to the Slovak Guarantee and Development Bank (SZRB) for 50 percent of their nominal value or to get shares of Váhostav-SK.

The state plans to send to SZRB about €40 million from €500 million the banks collected in the bank fund so far within the special levy. The SZRB will then collect payments from future Váhostav-SK profits.

The use of money collected from banks – originally meant to tackle crises in the banking sector – raises concern from banks and experts. The revision as it is adopted enables the government to use the money collected via the levy practically for support of anybody as the cabinet would set the exact usage of the money itself. Alexander Resch, president of the Slovak Banking Association and the head of the VÚB bank, shares this concern.

“Money collected in the bank fund may be used for a different purpose, for example a selective support of various companies, but not for solution of possible financial crises in the banking sector,” Retch told the Sme daily.

Another concern is whether the Fico cabinet would meet its promise that the bailout scheme would not enable purchase of claims of shell companies by SZRB as an independent check is not possible because deals closed by SZRB are subject to banking secrecy. Moreover, if the state does not buy claims of shell companies, they are still eligible to wait five years and then ask to recover at least half of the claims, as the revisions allow any creditors in any restructuring to recover unpaid claims left over from the restructuring process up to 50 percent of the original claim. In total seven shell companies are seeking €38.4 million from Váhostav-SK, Sme wrote.

The rescue plan of Váhostav-SK’s creditors, first introduced by Fico on April 19, underwent several changes. In the final plan banks – also creditors of the construction giant – will give up a portion of their secured claims. This means a concession on the part of banks, the claims of which will be satisfied only to 85 percent, instead of the originally planned 100 percent. The three banks involved should get €22.4 million instead of €26.4 million. The remaining 15 percent or almost €4 million will be divided between small creditors.

Under the original restructuring plan, scheduled to be discussed on April 30, Váhostav-SK planned to settle 15 percent of its debts or €15.7 million to small and medium-sized companies over a period of five years. Secured creditors would have received 100 percent of their claims. In total the firm planned to repay just 32.3 percent of its total debts of €136 million, or €43.9 million.

In the meantime the police raided Váhostav-SK buildings in Bratislava and Žilina on April 22. The raid took place three weeks after launching criminal prosecution in the case. Váhostav-SK is suspect of harming of creditors interests. Officials seized company documentation, including all economic, financial and contractual documents from years 2011-2014.

Afterwards Juraj Široký, who oversees the Finasist company which holds 100 percent in Váhostav-SK, offered 49 percent of Váhostav-SK’s shares to unsecured creditors – especially the small-sized firms and the self-employed – in order to satisfy their claims towards the firm. While the criterion for the division of the shares should be the sum of the claim, the scheme on whose basis creditors should get shares remains unclear.

Fico, who sought to ascribe political responsibility for the Váhostav-SK scandal to Figeľ, as he as the transport minister pushed on construction companies to reduce prices for highway construction, moved to oust Figeľ from his current seat of the deputy speaker of parliament. This united the opposition, which warned that in case Figeľ is dismissed, with when taking into consideration the majority Smer holds in the 150-seat parliament was doable, it would withdraw all its representatives from positions of chairs of parliamentary committees and others.

Figeľ said that this all was an absurd and arrogant attempt to dismiss someone for acting in the public interest and having managed to negotiate a reduction in state expenditures. KDH has been also considered one of possible parties, with whom Smer might create a coalition government after the March parliamentary elections. Now that looks less likely.

Positions within Smer itself whether to oust Figeľ were said to be divided as well. As a consequence Smer deputies, who submitted the proposal, withdrew it from the agenda of the parliamentary session.

“The parliamentary session [on Figeľ’s ouster] has fulfilled its purpose, which was to demonstrate his political responsibility,” Fico said, as quoted by the TASR newswire.