AMID a mounting migration crisis in the Mediterranean, European Union leaders balked at an aggressive proposal to resettle refugees throughout the EU at an April 23 emergency summit. 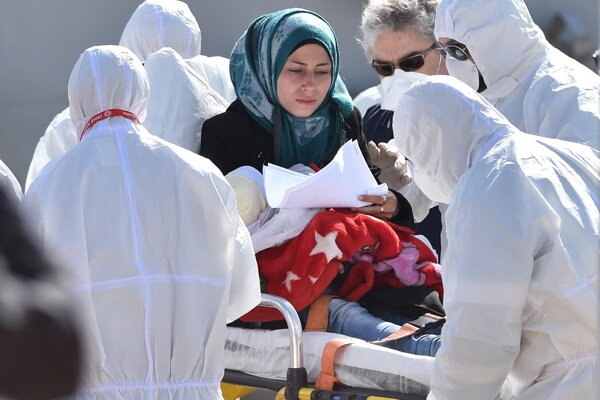 Prime Minister Robert Fico attended the summit and fell into the mainstream view which opposed the relocation plan despite the mounting burden on countries like Italy, Greece and Malta and the growing death toll at sea.

Instead, leaders agreed to triple funding to Frontex, raising funds to €120 million for the EU’s border control agency. The United Nations has criticised the plan for its uneven blend of civilian and military personnel. A policing element to target smugglers is complicated by the lack of a functioning government in Libya and may need UN Security Council approval. The European Parliament was set to take up the issue on April 29. Debate looked set to pit those advocating a more aggressive policy for targeting smugglers against those advocating reforms inside the EU to allow for changes to immigration and asylum legal frameworks. 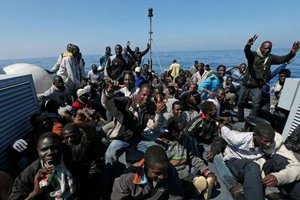 Slovak Foreign Affairs Minister Miroslav Lajčák laid out the Slovak government’s position in parliament the day before the Brussels summit, arguing that many see Slovakia as a “transit country” meaning refugees from North Africa would merely use the country as a stopping point en route to elsewhere in Europe and emphasising he opposed mandatory resettling of refugees.

European Commission President Jean-Claude Juncker was pushing for a policy that would have relocated some 10,000 refugees across the European Union. “My proposal for legal immigration was not supported,” Juncker said at an April 23 press conference. “I would have liked already for us now to be more ambitious, but nonetheless the conclusion will allow us to continue our discussions.”

While some countries pledged additional resources to the efforts to combat the migrant crisis at the summit, Slovakia was not among them. The neighbouring Czech Republic offered 60 experts, a CASA transport plane and 10 million Czech crowns. Germany is set to send 10 ships, one naval vessel and asylum experts.

“We have solidarity concerning all EU problems,” Lajčák said April 22. “Just because this migration doesn’t affect us as it does the southern countries, it doesn’t change anything. Slovakia is also an EU frontier country, and we can hypothetically imagine that this situation coming from the east, and then we would be concerned in a major way. This is how we want to approach this issue.”

Some 1,750 migrants have died in the Mediterranean just this year during attempts to reach Europe. More than 800 people died April 20 when a boat full of migrants capsized off the coast of Libya bringing renewed focus to the issue. Among the 27 survivors were 27-year-old Tunisian Mohammed Ali Malek and Syrian national Mahmud Bikhit, 25, who were detained in Sicily and charged with human trafficking. Malek was also charged with reckless multiple homicide.

The conclusions from the April 23 summit called for a “rapid return of illegal migrants from frontline member states”. This means deportations from Greece, Malta and the Italian island Lampedusa, which are among those most affected by the influx of migrants from the Middle East and North Africa.

Some 170,000 people sought to cross the Mediterranean last year, according to the UN Refugee Agency, an estimated 3,000 drowned in the process. In the second week of April alone Italy’s coast guard was forced to rescue more than 6,000 people. Juncker’s plan had sought to ease the burden on these so-called frontline states by convincing other EU members to take on refugees and there appears growing recognition that the workload must be more evenly distributed. Present policy dictates that asylum seekers be processed in their country of entry.

Some EU members have altered their immigration policies in reaction to the growing death toll. Sweden, for example, accepted 100,000 refugees last year, mostly from Syria, Somalia, Libya, and Eritrea. This represents more than 20 percent of the total number of annual asylum seekers in the EU. In September 2013 the country gave permanent residency to all refugees that come from Syria. Non-EU member Switzerland, the Netherlands and France are among the other places with Europe’s biggest ratio of asylum seekers as compared to overall population. As of July 2014, the latest statistics available from the UN, Slovakia was home to just 167 asylum seekers.

“Two-thirds of migrants end up in only five member states,” German Chancellor Angela Merkel said at the April 23 summit. “We will deal with a fairer distribution later on.”