IN CONNECTION with 2015 Review Conference of the Parties to the Treaty on the Non-Proliferation of Nuclear Weapons in New York, Foreign Minister Miroslav Lajčák took part in talks April 29. 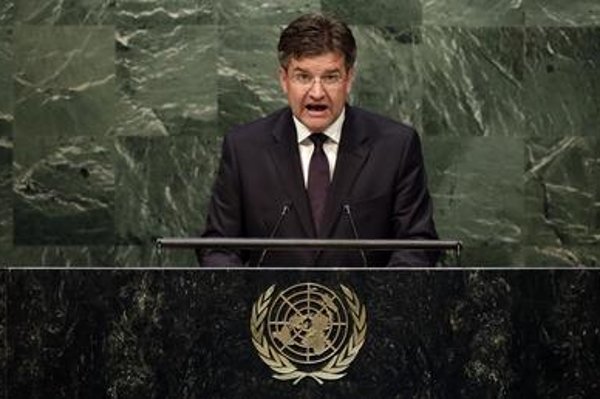 Lajčák first met UN High Representative for Disarmament Affairs Angela Kane. Both diplomats expressed their hope that the treaty will provide a new impulse for plans to create a zone free of weapons of mass destruction in the Middle East. He then met UN Under-Secretary-General for Legal Affairs Miguel de Serpa Soares, the TASR newswire wrote.

Lajčák submitted to the UN official the ratification documents for the Nagoya–Kuala Lumpur Supplementary Protocol on Liability and Redress to the Cartagena Protocol on Bio-safety. Slovakia is the 32nd country to ratify the document. To become effective, the protocol needs to be ratified by at least 40 countries.

This meeting was followed by bilateral talks with US Ambassador to the UN Samantha Power. They mainly discussed current developments in Ukraine.

On the sidelines of the review conference, Lajčák held talks with his Algerian counterpart Ramtane Lamamra to discuss the spread of Islamic radicalism and terrorism along with the issue of illegal migration. The ministers concurred that these problems can be resolved only by broad cooperation between the European Union and countries directly affected by the problems, mainly the Maghreb countries, the Middle East and Africa.

Lajčák further met Negotiator of the Greek-Cypriot side in the inter-communal talks on Cyprus Andreas Mavroyiannis to assess recent developments on the island. Slovakia’s diplomacy has played an important role in resolving the issue, mediating contacts between the Greek Cypriot and Turkish Cypriot communities for 25 years.