Purchase of US Black Hawk helicopters by Slovak army approved 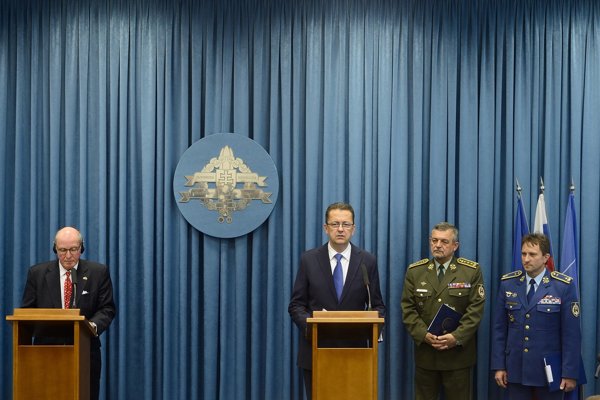 The ministry stated that the helicopters fully meet the needs of the armed forces. The first Black Hawk could be delivered next year.

“I have to say that I’m happier today than I’ve been for some time,” Defence Minister Martin Glváč said in response to the Security Council’s approval. “Two years ago we had an ambition that is now becoming a reality,” he added according to the TASR newswire.

Slovakia is not only buying helicopters – at the US Army price – but also acquiring all strategic elements including ground personnel, training, logistics and maintenance. Glváč deems the procurement process fully transparent. According to him, 261 million dollars is not necessarily the final price. “We’ll try to optimise some items, to make the price even lower,” he added.

The Defence Ministry is interested in the possibility of the new helicopters leading to a new training facility in Slovakia where personnel from other countries, including Austria, Croatia and Sweden, could also train. “We’re already seeking training activities with partners that possess these helicopters,” said Milan Maxim, chief of General Staff of the Armed Forces.

The new helicopters will replace the currently used Russian Mi-17s, which have come to the end of their technical lives. The new helicopters are multifunctional, according to Air Force Commander Miroslav Korba. Glváč announced that training will now begin.

The purchase of the Black Hawks will strengthen the partnership between Slovakia and the United States, US Ambassador to Slovakia Theodore Sedgwick said as quoted by TASR. He added that the agreement between the two governments is completely transparent.

Ľubomír Galko, vice-chair of the opposition Freedom and Solidarity (SaS) party and former defence minister, sees this development as a retreat from any ambition for deployment of the helicopters in international crisis management and foreign missions.

“It’s questionable, whether these helicopters aren’t just a luxury solution for domestic crisis management, personnel and cargo transport in Slovakia,” said Galko, adding that he thinks that according to the statements of both contracted parties, Slovakia is not procuring any weapon systems or supplement modules for these helicopters.

“If there was an international competition set to specific parameters, it’s possible there would be other options for a better price," said Galko, who would welcome purchase of combat-equipped helicopters. He also criticised the insufficient information on the payment – in installments – for the purchase.