ECONOMY Minister Pavol Pavlis announced he was stepping down as minister after his meeting with Prime Minister Robert Fico. 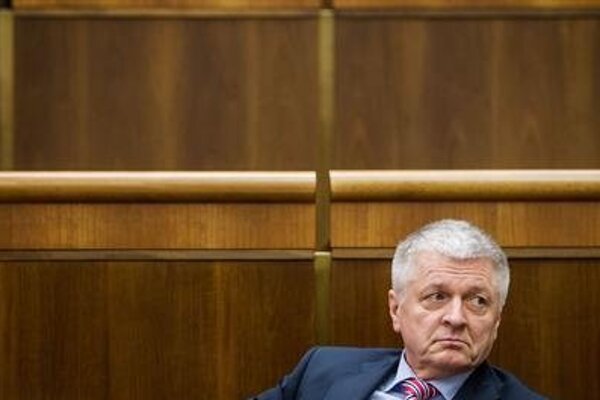 Sitis was founded in August 2012, four months after Pavlis’ arrival at the Economy Ministry as state secretary. Two months later, the company signed its first contract with MH Invest, a division of the ministry, worth more than €20,000 and subsequently also received deals at other ministries, according to Sme.

Šípoš became the sole stockholder of Sitis in September 2013. In 2014, the company also concluded a cleaning contract with Tehelná Poliklinika health center, under the remit of the National Property Fund (FNM), worth €103,000, the daily wrote. Pavlis first denied his connection with Sitis, and later refused to comment when the media reported that the company was owned by his relative.

On April 29 Fico announced that Ľubomír Vážny, the deputy PM for investments, or Finance Minister Peter Kažimír would be assigned the department as acting economy minister. The date when a permanent replacement will be announced has not been specified.

“That will give us time to offer the President the name of a new minister,” Fico said as quoted by TASR.

The Pravda daily mentioned Viktor Stromček, the state secretary at the Transport Ministry, who previously served as MP and as the head of the parliament’s office. Pravda however cited insider information from the Transport Ministry that Minister Ján Počiatek wants to keep Stromček in his department.

The head of the National Property Fund since 2012 Branislav Bacik was mentioned as another possible candidate, as reported by the Sme daily.

Observers of the Slovak political scene called Pavlis’ resignation a logical step and opposition politicians spoke along the same lines, but weren’t satisfied by the sudden removal of Pavlis, whom they tried to force from office in a no confidence vote earlier this year for alleged conflict of interest concerning the Port Service company.

KDH chairman Ján Figeľ, who at the time of Pavlis’ resignation himself faced a no-confidence vote in the parliament as part of the fallout from the scandal surrounding the insolvent construction firm Váhostav, said Pavlis “should never have become minister”.

“And that goes for several ministers of the current government,” he added.

Figeľ and other opposition politicians have sought to connect Transport Minister Počiatek to the Váhostav scandal. The opposition however did not initiate the ousting of Počiatek in the parliament, but did press for a no-confidence vote for Health Minister Viliam Čislák, who has only been on the job a matter of months.

The opposition has accused him of sweeping scandals under the carpet, of the growing debts of the public hospitals, and claim he has failed to adequately investigate a procurement scandal from last year. In the end just 37 of the 110 MPs present in parliament voted for his removal.