Data storage is drifting to the cloud

Many in Slovakia remain sceptical, but global trend is unmistakeable. 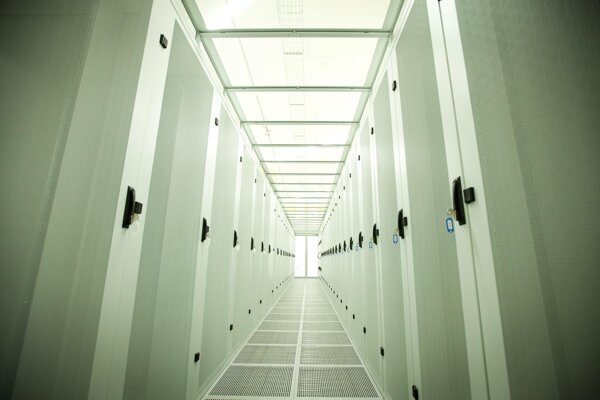 EVEN as the use of cloud computing to store data continues, Slovaks remain sceptical about the technology.

Cloud computing has been around since the early 2000s and many companies use remote servers to store their data. From the basic level of email clients, clouds offers more sophisticated services like file sharing or applications.

Slovak Telekom spokesman Milan Korec says slower adoption rates in Slovakia are a reflection of the centralisation of business.

“This conservative approach is visible mainly in the regions,” Korec told The Slovak Spectator. “Slovak society is rather reluctant to accept radical changes. Therefore, we have to be patient and continue with market education.”

Ľubomír Očko from the IT Association of Slovakia (ITAS), agrees. “Slovakia is two or three years behind in cloud usage,” Očko told The Slovak Spectator. “Abroad, it is much more widely accepted and most of the companies choose it as the first solution.”

On the other hand, Slovak managers still prefer running their own data centres.

“The aim of a server in the cloud is to create an environment where even the older software will work, including digital files, videos, text documents,” said Vint Cerf, a vice-president at Google, in an interview for the Profit magazine. The phrase “moving to the cloud” means that a company relocates part of their data and processes to a virtual storage space.

However, entrusting your data to a third party often carries the danger of unauthorised access. This, together with the problems with economies of scale and overhead costs are the main obstacle towards faster adoption of cloud computing, according to experts.

“Up to 40 percent of customers are concerned about data security,” Očko said. “In the majority of cases, it is the employee of the firm that gives away the data.”

Korec of Slovak Telekom agrees that private data protection is a top concern, but points out that Slovakia has some of Europe’s strictest legislation in this area.

In addition, cloud providers offer a higher degree of data protection than the companies who often can’t afford to spend extra on maintenance.

“Some providers encrypt the data only on their servers but some cover also the process of data transfer,” Orange Slovensko spokeswoman Alexandra Piskunová said.

Indeed some cloud storage operations likely have more security measures than traditional servers. For example, IBM’s cloud servers have to undergo 170 tests and security check-ups before they are launched, said the company’s client IT architect Petr Leština, adding that data back up and an archive are required.

Orange is one of the Slovak companies offering cloud services to customers, targeting mainly business clients. Cloud for businesses enables them to create a virtual office with constant access to documents, emails and applications.

Piskunová confirmed that the trend in Slovakia is similar to western countries, but that it is taking longer to show.

Cloud services are still a big unknown for most Slovaks and therefore their utilisation does not match what is presently offered.

“Despite the growing cloud services in Slovakia, only a small number of companies are actively using them at the moment,” said Piskunová. “It is mainly hosting and backup services at the big companies. Small businesses utilise the domains and office packages.”

Cloud for business offers a virtual office with documents, emails and useful applications accessible anytime. Moreover, customers can pay only for a specific time period in order not to run up overhead costs.

Pay as you go

“The main advantages of cloud are financial,” said Očko. “The company does not have to invest in its own data centre and the cloud enables them to keep their expenses under control. They pay only for what they use.”

Cloud computing brought this new pay-as-you-go payment model which neutralises the overhead investment into IT departments and maintenance costs, Leština said. This is the advantage towards full outsourcing or hosting. Amongst further advantages he lists low maintenance costs, flexibility and availability of the services.

Moreover, the service is available almost instantly; the data is available within minutes after the order. In order to maximise cost-effectiveness, the company can change their data requirements according to the estimated usage. This makes cloud a long-term solution, because companies can use the allocated data for various purposes. Most of the companies use it for running their own applications.

Michal Broška from PosAm, a system integrator that delivered cloud services to Slovak Telekom, said that the corporate utilisation of cloud had growing tendency. The majority of customers are medium sized businesses.

“Market leaders such as Amazon and Microsoft have developed a network of partners, they extend their capacities and offer specialised services,” said Broška.

“The effectiveness of changing into cloud is individual. There are companies that can’t afford to move their data to the virtual space due to external or internal regulation,” he added.

Providers at Orange also see several barriers mainly in the company structure and economies of scale.

“Big companies might not find cloud accounting beneficial due to specific interconnections with other applications. Small companies on the other hand, might not make full use of all the services,” said Piskunová.

“Public cloud is better for the companies that don’t have their own data centre and focus on their business goals,” Leština said.

Although private cloud is usually chosen by companies that need a higher degree of data protection, Korec says that the choice between private and public depends on the particular business model. Encryption offers a high degree of security even in the public cloud. Therefore the decision should be based on the needs of the particular company.

Finally, there is the option of hybrid cloud where the company can decide which data will be made public and which stays secret.

“I expect rapid growth as the market in Slovakia is still in its beginnings,” said Očko.

He cites experience from abroad, where the cloud market experiences growth in hundreds of percentage points annually.

“Still, the main obstacle is the mental barrier of the people over security. But it is improving, as well as the number of providers,” he said. “Even the companies that outsourced abroad are returning to Slovak providers because of better prices, no communication barriers and better support.”

According to Piskunová from Orange, their task is to introduce the services to the customers and show them the advantages.

“Many of use are already using cloud services without even realising,” said Piskunová. “Email from Google or Dropbox all run on cloud. Therefore it is just the question of time till they will become commonplace, just like smartphones or touch displays.”

Amongst the fast-adopters, Leština of IBM listed IT companies, telecommunication operators and data centres. Apart from outsourcing they also offer cloud services. State administration and government offices are more conservative.

“At most of the companies, we expect the development of hybrid cloud, which is a combination of own IT resources and public cloud providers,” Leština said.