Operating leasing is on the rise

COMPANIES are becoming more interested in operating leasing as a way of financing the vehicles used by their employees. 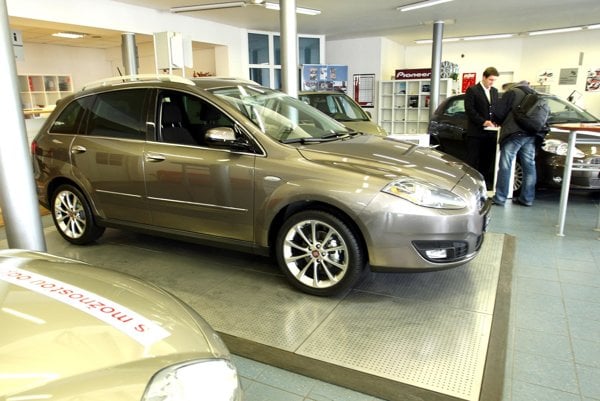 This was confirmed also by recently published data for 2014, showing that the operating leasing market increased significantly compared to previous years. Observers explain this trend with the changes in tax legislation and the effort of companies to save money. They still see room for further growth.

The rise in volume of financing for personal and utility cars for companies via operating leasing increased 16 percent year-on-year, while the number of vehicles on the market rose by 23 percent compared to last year. The difference is caused especially by financing cheaper cars than in 2013, explained Pavol Bojanovský, chair of the Association of Leasing Companies in Slovakia (ALS) board.

Also financing vehicles weighing over 3.5 tonnes via operating leasing increased last year, with the volume of financing and the number of vehicles growing by more than 40 percent y-o-y. Regarding absolute numbers, there were 1,000 new agreements worth €60 million, according to Bojanovský.

Also companies active in leasing confirm the rise in their clients’ interest. The operating leasing and outsourcing of company car fleets administration market rose by 12 percent to 23,800 cars last year. The number of cars procured via operating leasing rose by 44 percent y-o-y, according to Business Lease Slovakia data.

In ČSOB Leasing nearly 700 new agreements concerning personal and utility vehicles with procuring price of more than €11,500 were signed last year, which is 18 percent more in case of the number of vehicles and 13 percent higher amount financed via operating leasing compared to 2013, said Pavol Vavrek, head of the operating leasing department at the company.

UniCredit Leasing reported 4-percent annual growth in 2014, according to its spokeswoman Zuzana Ďuďáková.

There are two main reasons for the visible increase in the interest of companies. First it is the effort to “catch up with trends from western Europe”, as they already realised that they can either try to save money while keeping the same quality of fleet, or achieve twice greater quality from leasing companies for the same amount as they spend on their own fleet, said Bojanovský.

“Another important reason is that the advantages of operating leasing are not used only by strong international firms, which have arrived in Slovakia in past years, but also Slovak small and medium-sized enterprises or consumers are becoming more interested,” he added.

Though the number of cars in fleets of these firms is not high, this segment has great potential to grow, according to Bojanovský.

Another reason why companies prefer operating leasing as opposed to financial leasing or loans are the recent changes to legislation, the leasing companies agree. The changes to the income tax law, which became valid in January 2015, introduced a limit of €48,000 for business entities with a low tax base that are depreciating purchased business cars.

Under the new rules, financial leasing conditions are similar to those of the loan. This means higher risk for leasing companies, which reflects in higher prices for clients, Bojanovský explained.

“This however does not concern operating leasing, so its attractiveness for clients only increased,” he added.

Leasing firms also cite financial reasons. The clients pay only for a vehicle’s wear and tear, which means that the instalment is significantly lower than when they take the car for financial leasing or loan and have to pay the whole amount, Bojanovský explained.

“Operating leasing saves the money they have to allocate for instalments every month, so they can use it for other business intentions,” he added.

Moreover, operating leasing lasts some three to four years. When this term expires, the leasing company takes the car back and offers it for sale. Another advantage is that the leasing company pays for all services, including fees for registering the vehicle, insurance or highway stickers, Vavrek of ČSOB Leasing said.

“Operating leasing is about added value which clients get when they opt for this form of financing,” Ďuďáková from UniCredit Leasing added.

The only disadvantage is that the clients cannot keep the car after the instalments are paid, Bojanovský said.

Operating leasing may also help to develop electrical mobility in Slovakia, according to Čišková. This way of financing was also used by Zvolen-based Continental company, which acquired its first e-car in late March 2015.

“Operating leasing enables clients to get electric cars without high initial investment which is in fact higher than in the cases of ordinary vehicles fuelled by petrol or diesel,” Čišková said, adding that also expenses on service and fuels are cheaper.

She expects that there will be demand for e-cars from the so-called trendsetters, but also companies which are socially responsible. Other target groups will be firms producing electricity or state-run companies, she added.

When offering e-cars, Business Lease uses the know-how from the Netherlands, where some 50,000 electric cars are currently registered. There were 119 such cars registered in Slovakia at the end of 2014. There are also 15 stations for quick charging of the cars operated by Greenway. They are located mostly in big and important business centres, the TASR newswire reported.

“In order to increase the interest of ordinary clients in this type of vehicle the entry price should be decreased to the level which will allow the client to have the same benefit from a ‘green’ car and ‘not-green’ car,” Bojanovský said.

Leasing companies agree that the operating leasing market will continue rising this year. All three of them see rising interest of ordinary people in using it for car financing, as it is in western European countries.

The market will also be impacted by development of electro-mobility or so-called carsharing, i.e. a model of car rental where people rent cars for short periods of time, often by the hour, Čišková said, as reported by the SITA newswire.