FORMER head of the Astronomical Institute of the Slovak Academy of Sciences (SAV) in Tatranská Lomnica, Záviš Bochníček, would celebrate 95 years at the end of April. The man who popularised astronomy throughout his career, managed to discover a star, Nova CP Lacertae, at age 16; and this changed his whole life. 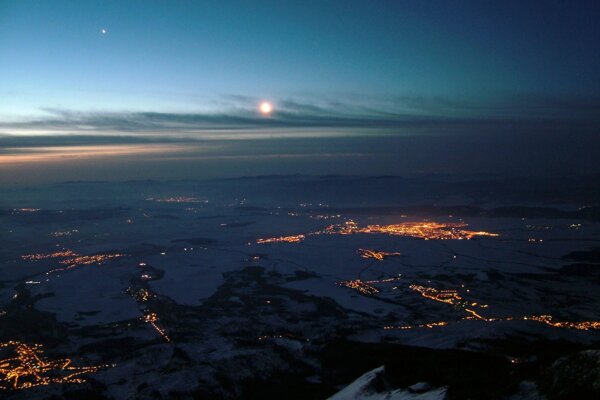 Bochníček was born in Prague, then-Czechoslovakia, on April 20, 1920, and became soon fascinated by astronomy. After having discovered the new star, he was awarded by former president T. G. Masaryk and by then-president, Edvard Beneš. He received invitations to study in Berlin and Edinburgh but refused them, feeling “the war was about to happen”.

During World War II, Bochníček was dispatched to forced labour in the Zeiss trust in Germany. One of its managers was a scientist, too, and offered the young man work at an observatory. This was controlled by the army, however, and Bochníček refused the recruitment. Then, the manager let him live for the science during the war.

After the liberation, the young astronomer got an offer from Americans to work overseas, which was very attractive but he decided to finish his university studies in Prague.

Until 1952 he worked for the Charles University in Prague where he discovered a second nova in 1946, the T CrB (in the Corona Borealis constellation). Later, he was deployed in Slovakia: he worked for the Comenius University (UK) in Bratislava, then headed the Astronomical Institute of SAV and the Observatory at Skalnaté Pleso. Still later, he was sacked from the managerial position and was jobless for a brief period. From 1985 until his retirement, he worked at the Faculty of Mathematics and Physics of UK, where he lectured on movements of artificial satellites and space probes.

He was also one of the co-founders of the M.R. Štefánik Foundation to support astronomy in Slovakia, the goal of which was to build an observatory in Bratislava. Bochníček also elaborated and published methods of determining the locations and movements of artificial satellites and space probes.

Bochníček disproved several popular myths, like the Bethlehem star; when he came to the conclusion that no comet-like object was registered by the time Jesus Christ should have been born. The astronomer also questioned one of the prophecies of popular mediaeval clairvoyants, Nostradamus, concerning the sun eclipse on August 11, 1999 when the Earth was expected to collide with an asteroid, the TASR newswire wrote.

In 2000, on his 80th birthday, Bochníček was honoured when a new small planet, No 15053 was named after him, as proposed by the Minor Planet Center at Harvard’s Center for Astrophysics and the 44th Committee of the International Astronomical Union (IAU).

Záviš Bochníček died on February 23, 2002 in Bratislava. One of the founders of the Štefánik Foundation cast a box with the dust from several meteorites in his grave, as a symbol of love on Earth, as well as between the sky and the earth.