COMPARING a artful ballet like The Corsaire to a blockbuster movie like Pirates of the Caribbean may seem like blasphemy, but its wide ranging appeal make the comparison tempting nonetheless. 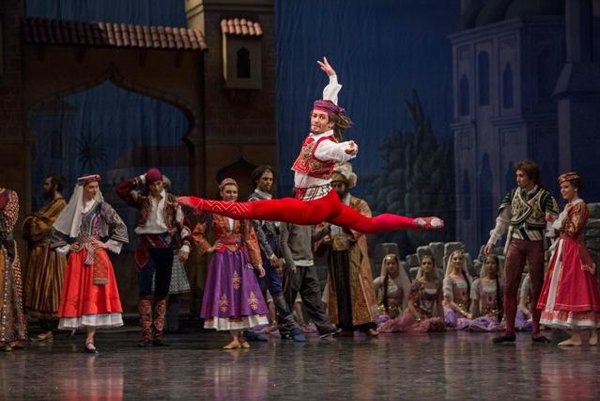 The plot has an ageless quality, romantic enough to impress ladies, adventurous enough to keep the attention of gentlemen, and even able to make children engaged for a full three-plus hours, thus apt for the visit of whole families. The picturesque stage design — which changes five times in three acts — and sophisticated, classical costumes — both by Pavol Juráš — are Hollywood-worthy. To top things off, the large cast of 60 plus soloists and chorus-dancers is impressive, the most in the history of the Slovak National Theatre (SND), the theatre claimed.

However, this is where the similarities end.

The Corsaire, which recently opened at SND is a classic by all standards, in the best sense of the word. The work of librettist Jules-Henri Vernoy de Saint-Georges and composer Adolphe Charles Adam (and choreographer Joseph Mazilier), inspired by the eponymous poem by Lord Byron form 1814, was first staged in Paris in 1856, and then became a staple of Russian stages.  Famous dancer/choreographer Marius Petipa first danced and then choreographed it in St Petersburg. His staging from 1968, where he added the music of Cesare Pugni and Leo Delibes (and later also of other composers) had become the basis of this  Bratislava incarnation.

The plot takes the audience to an Oriental bazaar with slaves, a pirates’ den, Pasha’s harem, a dreamlike, picturesque garden, and the high seas. In the exotic setting, a universal story of attraction, love, broken friendship, betrayal, jealousy and plotting develops against the backdrop of fine music. 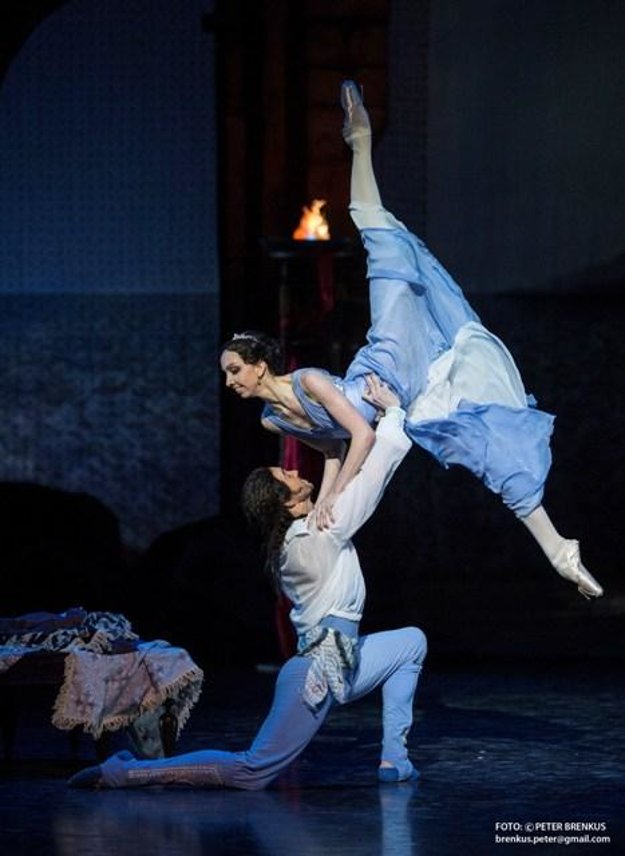 All the demanding solo parts are danced by internal SND staffers. The only guests are director/choreographer Vasiliy Medvedev and conductor, Alexander Anissimov. Medvedev already directed the successful SND ballet Onegin – and before the premiere of Corsaire, he praised the improvement of its dancers in the four years since the former was premiered.

The Corsaire is the most ambitious premiere of the current theatre season, and should prove attractive to ballet connoisseurs and casual visitors alike. Standing ovations at premieres in mid April attest to this.

Two more shows are slated for May 7 and June 13, with more to come in the 2015/2016 season that begins in the autumn. Visit Snd.sk for more information. 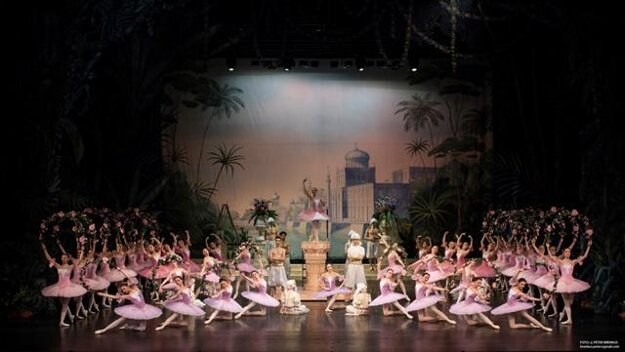