THE SLOVAK capital will be the gathering point for the pro-Putin bikers on what they call a symbolic commemorative ride from Moscow to Berlin. 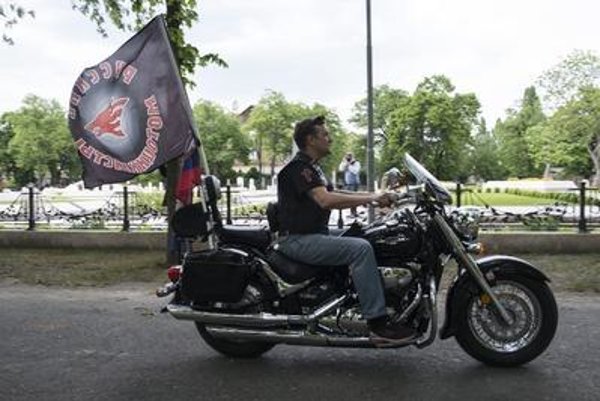 'Night Wolves' member Alexei Galitsky arrives at the Soviet military parcel of the Fiumei cemetery to attend a memorial ceremony in respect of the fallen Soviet soldiers of the WWII in Budapest, Hungary, April 30, 2015. (Source: SITA/AP)
Font size:A-|A+0

“The gathering point is Bratislava, from where we will continue according to the planned route,” one of the club members Alexei Galitsky wrote on his Twitter account as quoted by the Sme daily.

Bratislava was to be just one of several stops of the bikers en route to Berlin according to their original plans of the Russian nationalist motorcycle club Night Wolves. But after a number of bikers from the club were barred from Poland, they seek an alternative way to make it to Moscow, and the group, now split, might reunite in Slovakia. 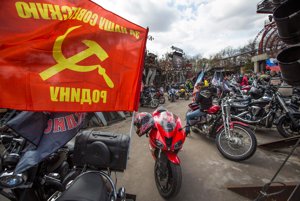 Some of the bikers were reportedly in Ostrava on April 30, preparing to participate in the festivities of the 70th anniversary of the town’s liberation from the Nazis on May 1, the Sme daily reported, citing the organiser of the Wolves’ ride, Andrei Bobrovsky speaking for the radio station Govorit Moskva. The Russian consulate in Ostrava, a Czech town which is the venue of part of the ice-hockey world championship starting May 1, denied the information, as reported by Sme.

Several members of the gang have not been granted a Schengen visa, including Bobrovsky and the gang’s leader Alexander Zalgostanov, who appears on the sanctions lists.

Meanwhile, another club member Alexey Galitsky, was reported to be in Budapest on April 30. He claimed on his Twitter account that “the guys are on the planned way”, with the current destination in Bratislava where they are to meet the bikers from the Balkans. The bikers officially entered the EU through the Hungarian Schengen border, Galitsky wrote as quoted by Sme.

The Slovak authorities are not planning to prevent the bikers from entering the country.

“Should any activities of this group that exceed the legal framework occur, we have no doubts that the respective state institutions will take adequate steps and measures,” Peter Stano, the Foreign Ministry’s spokesman, told The Slovak Spectator.

There are, however, serious concerns among some Slovaks concerning the ride of the Wolves as they perceive the whole event as a provocation.