THE UNITED STATES is a source of evil, chemotherapy is nothing more than pharmaceutical firms dealing death and mainstream journalists support Zionism. These are but some of the views espoused in Zem a vek (Earth and Age) magazine, which now targets even Slovak schools and libraries – sparking a public debate about freedom of speech and teachers’s responsibility that drew in President Andrej Kiska. 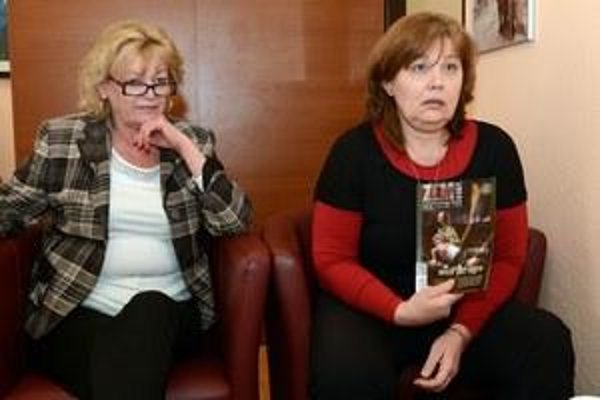 Darina Tomková, a teacher at the Park mládeže grammar school in Košice, used the magazine as a teaching aid during Slovak language class in late March. Tomková later explained that she used it only because of the cover picture showing a wounded man to illustrate the suffering caused by war.

“I have never read the article related to the picture before and I did not give the magazine to students,” Tomková told the Sme daily. “They saw only the cover.”

After the magazine got the attention of media, Constantine the Philosopher University in Nitra and The Library of Juraj Fándly in Trnava cancelled planned discussions with Zem a vek representatives.

The series of rejections resulted in an open letter of magazine’s Editor-in-Chief Tibor Eliot Rostas to President Andrej Kiska published on April 26 calling for “ending the restriction of freedom of speech”. Rostas sent a letter to Kiska despite previously calling Kiska a “cheater and warmonger” on his Facebook page in reaction to Kiska’s statements backing Ukraine in its ongoing conflict with Russia.

Psychologists and education professionals warn that such magazines presented at secondary-level schools could be dangerous for 15-18-years-old.

“Using of any conspiracy and dangerous education material is not proper because it can negatively affect the development of the young generation,” Štefan Matula with the Research Institute for Child Psychology and Pathopsychology (VÚDPaP) told the Slovak Spectator.

Reporting about the Zem a vek in Park mládeže grammar school is unethical defamation, according to the school’s director Alena Bobáková.

“What is more, students work with the internet where they can read articles of all magazines,” Bobáková told Sme.

In such cases, the way teachers use those articles is important. For example, they can point out that there are many different views of the world, according to secondary school psychologist Katarína Holbová.

She, however, added that she would not show the magazine to the students because there is possibility that they will like it and start buying it. It is dangerous because they can pick any information they come across and believe it without any doubt.

“For example, students told me that they read that marijuana cleans the lungs and they believed it,” Holbová told the Slovak Spectator. “Their critical thinking is not fully developed and they absorb information as they see it.”

Moreover, people usually keep the opinions formed at this age into late adulthood, according to Matula.

Tomková, who has been a teacher for 27 years, told Sme that textbooks do not focus sufficiently on some issues, therefore she uses various aids to make her classes more interesting. They include photos, articles, songs and so on. “Of course, I take care that they are in line with the curriculum,” Tomková said.

Schools are allowed to use other education materials than those that are accepted or suggested by the Education Ministry. The only restriction is that they have to be in line with national curriculum, ministry’s spokeswoman Beáta Dupaľová Ksenzsighová told The Slovak Spectator. However, she did not answer the question whether there is an official list of magazines which are proper for schools or not.

Even the head of the Slovak Chamber of Teachers (SKU) Mária Barancová does not know about such list.

“The National Institute for Education should deal with it, for example, to provide the list of proper literature,” Barancová told The Slovak Spectator. “For sure, it should also point to improper texts which make it to schools.”

She added that as a teacher she would not use Zem a vek as educational material because it is dangerous.

Just weeks after Sme reported about the magazine in the grammar school, the Department of Geography and Regional Development of Constantine the Philosopher University in Nitra cancelled a discussion with Zem a vek reporter Ľubomír Huďo scheduled for April 22. The debate was named Propaganda and Reality on the Geopolitical Chessboard of the World.

“The debate was cancelled and I will not provide other comments,” department head Alena Dubcová told The Slovak Spectator.

Theoretically, it is possible to invite to school anyone and discuss with them anything as it is part of freedom in research and learning, according to Dobrá škola (The Good School) magazine’s Vladimír Burjan.

“On the other hand, if employees of the department have sufficient knowledge and critical thinking, I cannot imagine why they invited Mr Huďo,” Burjan told The Slovak Spectator. “I thought that discussion about the world is on a completely different level in our universities than the level that Zem a vek presents.”

The Education Ministry claims that it cannot affect the organisation of discussions. The only restriction is that schools cannot give space to self-promoting activities of political parties.

In mid April, also the Library of Juraj Fándly in Trnava, the biggest public library in the region, cancelled its discussion with Zem a vek representatives Eliot Rostas, Marián Benka and Ľubomír Huďo scheduled for April 23. Officially, the library’s head Lívia Koleková cancelled the discussion over technical problems. She did that on the same day as the library announced the discussion and refused to comment on the case.

In 2014, also the biggest book sales network Panta Rhei received wide criticism for organising a discussion among Zem a vek representatives and its readers. Amid the debate about the magazine as education material Panta Rhei removed the magazine from lucrative places near cashiers in mid April, the Medialne.sk media news website reported.

“The magazine is not withdrawn from selling,” Zuzana Andreanská of Panta Rhei told the Omédiách.com media watchdog website. “It is just placed among other magazines in a standard place.”