AVIATION aficionados from the Slovak Federation of Ultra-light Aviation (SFUL) on May 3 commemorated the 96th anniversary of Milan Rastislav Štefánik’s tragic plane crash by landing with their aircraft at the Bratislava airport named after him on Sunday afternoon. 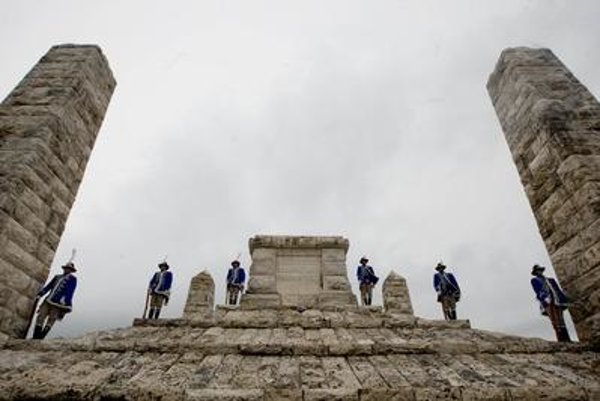 The planes took off from the town of Lučenec in Banská Bystrica region, heading to Italy. The pilots originally planned to fly with five ultra-light planes from the Italian airport of Campoformido, which was also the starting point of Štefánik’s ill-fated journey on May 4, 1919. They had to change the programme due to bad weather, however, flying instead only from Hungary to Bratislava.

“We had to land in Hungary, thereby shortening the whole route," SFUL’s head flight inspector Marián Sluk told TASR. The planes, with Štefánik’s effigy on their tails, were arranged in a formation of three machines in front and two machines flying in the rear in order to symbolise his three-engine biplane Caproni Ca-33. The only existing replica of this aircraft is on display at Bratislava’s M.R. Štefánik Airport.

The commemorative event was also supported by the Bratislava Airport, which did not collect any airport fees from the SFUL pilots.

Štefánik was one of the most significant figures of Slovakia's modern history. He was born in 1880 in the village of Košariská and died in a plane crash near Bratislava. He was an outstanding astronomer, military pilot, French military general and one of the first Slovaks who several times ascended Mont Blanc. He was instrumental in setting up Czechoslovakia in 1918 along with the country’s first president Tomáš Garrigue Masaryk.