SEVERAL media outlets have published the complete recording where Sieť party leader Radoslav Procházka allegedly asks Igor Matovič, leader of the Ordinary People and Independent Personalities (OĽaNO), to publish the Procházka’s presidential campaign advertising in his family-owned company Regionpress partially off the books, the TASR newswire reported on May 4. 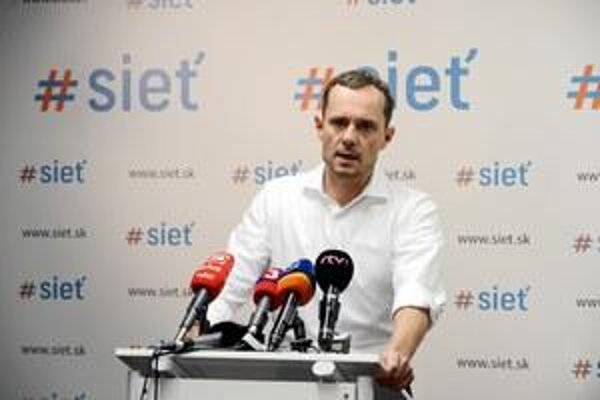 Officially, Procházka declared his 2014 presidential campaign cost €250,000, which political transparency watchdogs called improbable unless he received big discounts. Matovič later alleged that Procházka suggested he should pay 50-90 percent of the total sum for the desired service in cash without a receipt. The actual total cost of what he should have paid amounts to €17,200 with VAT. The ads were to be published in an advertising newspaper delivered to households around Slovakia free of charge. Matovič said he turned the request down. 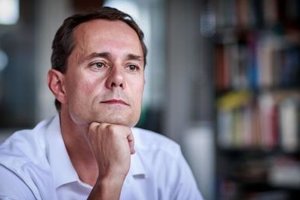 “The recording is a message that I’m without any obligations, I don’t owe anything to anybody,” Procházka told the press on May 4.

Matovič was of the different opinion saying that Procházka should leave politics, as he is not the right person to rid it of thieves.

“The fact that Procházka has confirmed the authenticity of the recording means that the perpetrator has convicted himself, his Sieť has been deflated and his halos been switched off,” Matovič told the press few minutes later after Procházka’s press conference ended. “In a decent country a person who had been lying in this way for 11 months would already have left politics ... I believe that after today no decent person will consider voting for Sieť with Procházka at the helm.”

The recordings make it obvious that Matovič was pushing Procházka toward certain answers which were later edited and misused, according to political analyst of Polis polling agency Ján Baránek, the Sme daily reported. 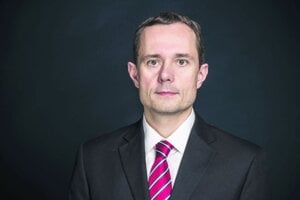 Political scientist Grigorij Mesežnikov said that the audio recording is unpleasant for Procházka, but it does not indicate that he is a stooge of some figures in the background, according to TASR.

“It rather refutes [the suspicions],” Mesežnikov said, as quoted by TASR. “As Procházka didn't know that he was being recorded, he was far more sincere than the person who knew about it.” 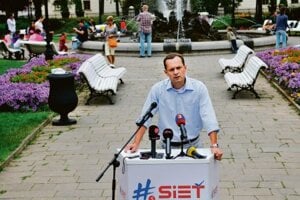 He does not think that the publishing of the full, more than one-hour recording will have a decisive impact on the political scene, but it may complicate relations between certain parties that were mentioned in the conversation, namely the Christian Democratic Movement (KDH) and Smer-SD.

Procházka, a former KDH MP, states in the recording that there are “agreements signed by the top echelons between these parties, and I don’t mean party echelons, but those of sponsors”. He states that Most-Híd MPs joined those from KDH who didn’t want certain sensitive information concerning the carbon-dioxide emissions scandal to be looked into too closely. At the same time Procházka said that even though KDH hopes to be in a coalition with Smer following the 2016 general election, it won't even make it into Parliament.

The affair however will not weaken Procházka, according to political analyst Rastislav Tóth.

“Matovič isn’t an authority for the public ... It’s better for Sieť that it didn’t appear late in the campaign,” Tóth said, as quoted by TASR. “Every piece of dirt, even a small speck, devalues a person. So it’s good to get rid of any dirt.”