US soldiers praised cooperation with Slovaks

THE US army praised a combined Slovak and US military exercise that took place at the Lešť (Banská Bystrica Region) and Zemianske Kostoľany (Trenčín Region) training areas in April on the Defence Video & Imagery Distribution System website. 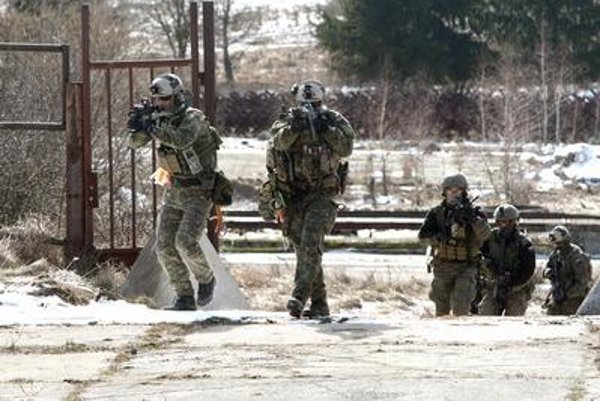 “Working with other allied nations enhances our collective readiness and keeps our partnerships strong,” US Army CRBN platoon commander Lt. Mason X. Delagarza wrote on the website. “We’re working towards having the capability to seamlessly respond to any CBRN contingency operations on the multinational level.”

Part of the joint exercise involved the top quality training centre at Zemianske Kostoľany, where soldiers performed tasks in an area contaminated by real warfare chemical agents under the supervision of Slovak specialists. The facility is the only one of its kind in central Europe.

“The soldiers were able to tryout not only their own means of individual protection, but also those with which they do not usually work, and they were able to assess the respective advantages and disadvantages,” said Slovak Army CBRN platoon commander Oliver Toderiška, as quoted by TASR.

Chemical experts are one of the showcases of our armed forces, according to Slovak Defence Minister Martin Glváč who is “also proud of the fact that we have such a unique facility here in Slovakia”, as reported by TASR.

The joint unit consisted of the RCHBO platoon of the ground forces of the Slovak Republic and CBRN platoon of the US army’s 173rd airborne brigade. The exercise was held both during day and night with a whole range of activities including decontamination, surveying and sampling in a simulated deployment environment.