The government will build stadium for Slovan

AFTER tycoon Ivan Kmotrík refused to complete the football stadium for his Slovan club, the government of Robert Fico announced it will build it instead. The country will pay €45 million. 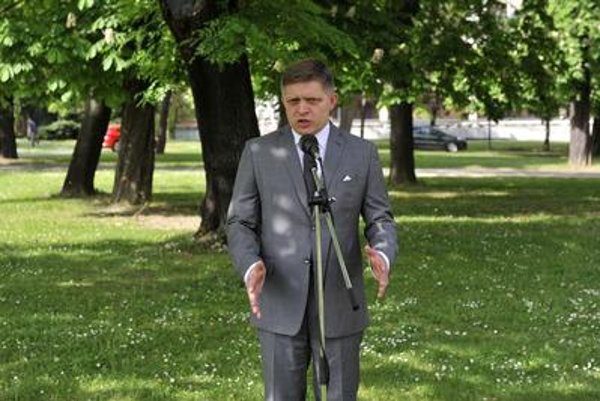 Kmotrík announced on May 4 that he will not continue financing the construction of the National Football Stadium, which should stand in Tehelné Pole (Bratislava’s New Town borough) from his own money. The best solution would be if the government paid for it, he claimed, adding that the stadium may be completed in first half of 2017, in case of quick agreement.

“I’m fed up with it,” Kmotrík said, as quoted by the TASR newswire. “In my opinion it would be the best if not Kmotrík, but the city borough or the government will own the stadium.”

Following this decision, Fico summoned a press conference on May 5 at which he announced the government will pay for the construction of the stadium where the national team will play. It also wants to adopt steps to prevent any halt of the project by the next government, the Denník N wrote.

aside from the national team, also Kmotrík’s Slovan should use the stadium. The new project, however, does not contain the commercial buildings which were to be built.

The whole project of the national stadium has been changed three times, according to Denník N. The first Robert Fico government (2006-10) originally planned to pay for the whole stadium, with the price being set at €70 million. The plan failed, but then Kmotrík said he will build the stadium for €70 million, but also with commercial buildings in its surroundings. Some €27 million were to be paid by the government.

The last change counts again with the sole participation of state, the daily reported.

The construction of the new National Football Stadium started nearly eight years ago. While Kmotrík mentioned several reasons why the construction has not yet started, including the ongoing investigation of the prosecutor’s office, Fico sees no reason for postponing them.

“We lost patience, the government will go for it and build the stadium,” the PM said, as quoted by Denník N.

The cabinet will, however, need to find money to pay for the stadium which, according to Fico, should cost €40-45 million. However, he says that the current financial situation is good and the country may subsidise the construction. The new stadium may be finished in two years, according to Denník N.

The new project should be designed by a special team, composed of the representatives of the city, the Education Ministry and the Slovak Football Association, Denník N wrote.