The best Slovak meats are exported

GOOD-QUALITY meat from domestic farmers can be found in Slovakia – but it has to be found and paid for, experts opine, with the best local meat often exported abroad. 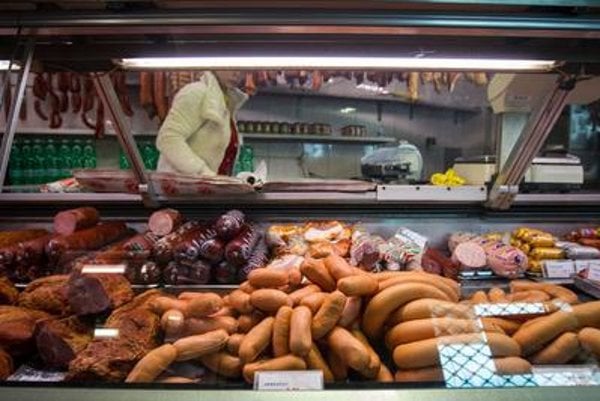 Slovak pork and poultry are particularly noted for their global appeal, experts told the Sme daily. Although most veterinary and quality flaws found by food inspectorates concerned poultry, this was true mainly for imported goods.

The flaws were also caused prevailingly by wrong processing and technologies, Paulína Komarová of the veterinary and food administration said.

Beef is relatively of worst quality, experts say. For one thing, most of this type of meat comes from dairy cows which have meat of slightly lower quality – the best beef comes from calves, oxes and bulls. This meat should also be matured for at least six days after the animal was slaughtered, and this has a short, not-yet-established tradition still in Slovakia.

Pork is especially good, Agriculture Ministry spokesman Peter Hajnala told Sme, adding that this is true thanks to low amount of antibiotics; the country is the seventh best in the Europe from this point of view (with only Scandinavian countries being better in this aspect).

As much as 60 percent of Slovak pork production is exported abroad, mostly to the Czech Republic, Poland and Hungary, Association of Pig Breeders head Andrej Imrich said. He added that this also proves the good quality of local meat.

“Slovak chickens contain no antibiotics, no growth hormones, are not fed with meat-and-bone powder,” Daniel Molnár, head of the Union of Poulterers, opined.

Gondeková added that venison is also of extraordinary good quality.

However, good quality meat “must first be recognised, then tracked down, spotted on the shelter, and finally paid for”, according to Peter Polák, head of the Association of Livestock Breeders.

And this may be the snag – Slovaks in general prefer cheap meat from supermarkets.

Gondeková advises to find one good butcher, producer, breeder, who can guarantee good quality, and to buy from him. She added that people should know, in the first place, how they want to process the meat, and then assess its colour, surface and – if possible – also scent.

“These subjective senses cannot be fooled,” she said.

People interested in quality of meat are a minority; but their number keeps growing. This can be seen especially in beef which is bought mainly in cities and around them.

Professionals from top Slovak restaurants say that good-quality farmers from Slovakia are not so high-profile, says Michal Takács of the Fou Zoo in Bratislava. And even if there are some, they are not sufficient, for example in poultry, to supply all restaurants showing interest. Takács also sees problems in marketing and logistics of meat producers.

Thus, many trendy restaurants in Slovakia use mainly meat imported from abroad for their cuisine. Apart form the quality issue, chefs and managers state that some parts, especially those more rare or finer, are shortage goods and their supply cannot be secured fluently.

If people in Slovakia or the Czech Republic claim that the meat used to be better in the communist Czechoslovakia, this is mostly memory nostalgia, renowned Czech expert on meat Ladisalv Steinhauser, told Sme. In communism, people had no comparison, as they did not know the taste of prosciutto or the best steaks, for example.

“Slovak – and maybe even slightly more Czech – pork is comparable with the rest of the world. With beef, it is slightly more complicated, mainly due to the way cattle is bred and slaughtered – while stress influences the quality of meat, as is known,” he said.

Stienhauser added that the tradition of cattle bred especially for meat has hardly arrived to countries of former Czechoslovakia, which impacts the quality as well.

“In the whole history of humankind, we have never had safer food than now,” Steinhauser summed up. “We have never had such an abundance of meat as we do now. And the quality of foodstuffs has never been like the current one. It is different due to different – also price- groups, but everyone can, and must, make his own choice. This is the difference compared to communism when there was just one type of ham one type of salami for everyone, and it even contained various types of meat of different colours. But there was no way of comparison then.”