ANDREJ Marčišin resigned as mayor of Ondavka village in mid-April. With no MP or other statutory body to represent them, the village is now caught a netherworld that the Slovak Constitution does not reckon with -- no one is in charge. 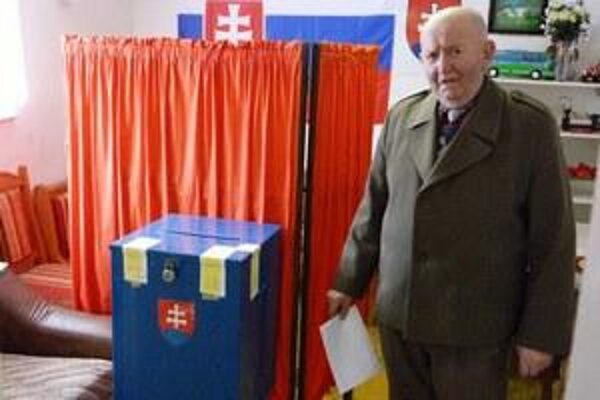 Marčišin, 78, became mayor in special March election called after no citizens sought the post during regular elections. After village debt accumulated to €30,000, an executor blocked its account, Marčišin had no salary and he used his own pension to procure waste management.

While the Interior Ministry claims that Bardejov District Court took responsibility for administration of the village, it also admits that constitutional changes may be necessary.

“No one has discussed with me this situation every one just doesn’t care,” Marčišin told The Slovak Spectator. “I have parish register where births and deaths are recorded but who will take care about that?”

There will be more

Besides Ondavka also other 12 villages failed to elect mayor and 14 could not fill all MP seats in first November 15, 2014 municipal elections. Therefore they had to organise secondary elections which took place on March 7.

Some mayors elected in small villages were not surprised by situation in Ondavka as it is not easy for small village to find someone for post of mayor which they described as hard work for small money. Marčišin stated that Ondavka’s situation will soon become reality for some other villages.

“This is the first such case in our country and they [authorities] don’t know what to do but there will be more of such cases,” he said.

Interior Ministry was dealing with the issue in 2009 and proposed to create power for state to assign an administrator to such a municipality. The debate however was postponed.

“The change in legislation was postponed because it demands serious professional discussions and with highest probability even the change in Constitution,” the ministry’s press department  told The Slovak Spectator. “The crucial changes will be also dependant on political will.”

It is not easy to find mayor in small village lacking young and capable people. Such people have position of mayor as a part-time job while they are responsible for too many things and have other job as well. Older people are not willing to take stressful job and younger ones are moving out of the village, according to  Zálesie village Mayor Martin Klimek who also ran for the post in a special election after being persuaded by his neighbours.

“Originally, I was not thinking about it during the first round,” he told the Slovak Spectator. “Sometimes I think whether it wouldn’t be better to quit but I have been in the office just for one month and I will be able to say it after four years.”

Karol Kováč who serves as mayor in Ižipovce village also said that he was convinced in second round of elections.

“There is no inn in the village, no shop, nothing. You have a problem to pay your part-timer,” Kováč told The Slovak Spectator.

There is also problem with small Ižipovce’s budget, according to him.

“Without tax for houses and dogs the village would not have any income,” Kováč said. “You can’t do anything here, people are willing to repair road here but what can you do when the village is dead?”

The similar situation is in Harakovce village. No one was running for mayor even in second round of municipal elections therefore previous mayor Božena Melíšková remained at the post. The municipality has average budget from €10,000 to €11,000 per year which covers just necessary needs of municipality. Melíšková works for free.

“If someone wants he or she can replace me anytime, but no one is willing,” Melíšková told the TASR newswire.

Merging is not a solution

Mayors approached by the Slovak Spectator refuse the idea of merging villages as a solution.

“There were attempts to join our village with another one but we didn’t want that,” Kováč said. “Bigger municipalities would collect more money and they would decide where it will go.”

Also the Association of Towns and Villages of Slovakia (ZMOS) does not support the joining of small villages. It proposes to create joint municipal offices which have had good results in other places so far instead.