THE WINNERS of the 2014 Journalism Awards organised by the Open Society Foundation were announced on May 5 evening in Bratislava, with journalists from the Sme daily collecting the biggest number of prizes. 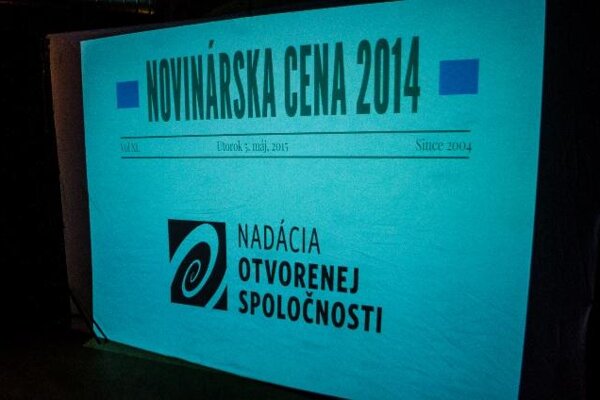 All told there were 15 categories. The council of the competition, however, bestowed also three special prizes – the Open Society Award, The Award of Association of Press Publishers and the Let’s Stop Corruption Award which is being given for the first time, the SITA newswire wrote.

Martin Šútovec, also known as Shooty, was the winner in the category of the best Czech and Slovak cartoon and comic strip.

The Google Award for young talents of data journalism went to student of Bratislava’s Slovak Technical University (STU) Ondrej Proksa for his project entitled “Seeking Links Between an Assessment Committee and Suppliers in Public Procurement”. Matej Hruška along with Andrej Sarvaš of Sme won the Google Award for innovative online journalism for their project “Rwanda - 20 Years After Genocide”, the TASR newswire wrote.

The jury further recognised Matúš Čupka of a civic initiative called “Zelená hliadka” / “Green Patrol” for the best article published on a blog. The series of articles described the so-called visual smog formed by an excessive number of advertisements on the streets and was released on blog.sme.sk website.

The best interview concerning bribery published in the press was written by Marek Vagovič of the .týždeň weekly magazine; while the best commentary was written by Peter Schutz of Sme for “Schutz’s Week”.

The Press Publishers’Association Award went to Michal Piško of Sme for the series of articles associated with the activities of local authorities prior to the 2014 municipal elections. The Open Society Foundation Award was given to Boris Németh of .týždeň for his article “70 Years since the Slovak National Uprising”.

As for locally based journalists, the winner in the category of the best regionally published report was Juraj Koník of the regional supplement of Sme for his article “We Walked Through Bratislava with Ftáčnik: It’s a Disaster, He Said Several Times”.

The best report from regions broadcast in the media was from Peter Kravčák and Roman Šimulčík of TV Ružomberok and was related to last year’s municipal elections, TASR wrote.

The Czecho-Slovak Award went to Petr Třešňák for “In the Right Corner of Heaven” on the Czech weekly magazine Respekt, SITA wrote.