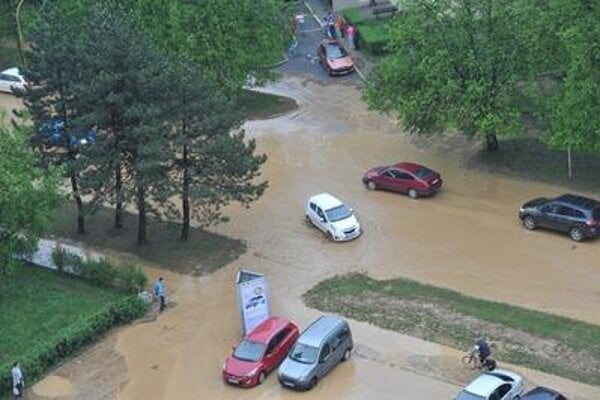 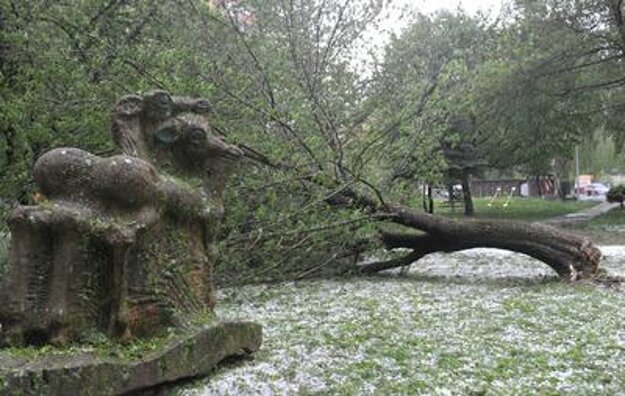 The worst affected areas are the housing estate Sídlisku III and the borough of  Šidlovec. Dozens of fire-fighters are pumping out water from basements of houses and from underground parking lots where cars have been flooded. 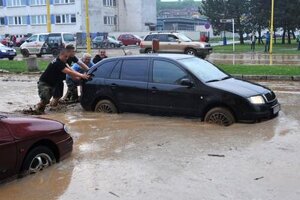 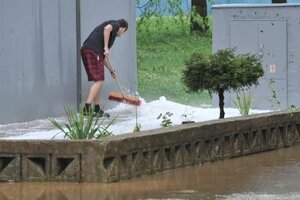 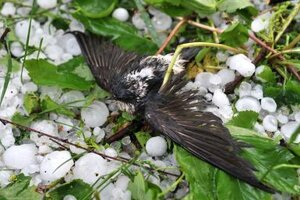 Rain and hail in Prešov (3 photos)

Roads are still full of mud and fallen branches from trees. However, main roads of the housing estate, as well as public city transport are operating. The full amount of damages is yet to be calculated.

Outside Prešov, the worst hit village is Vlkovce in the Kežmarok district where torrential rain and hail damaged roofs of several family houses, blocked the sewers and caused other damage. Several houses have their cellars and basements flooded by ground water. A new poly-functional playing field which cost €80,000 and is now completely under water. Mayor Ján Kalata told SITA this was the first time his village experienced such a rainstorm. 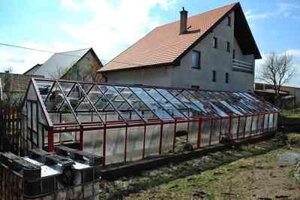 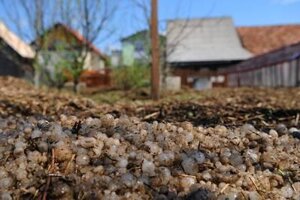