Defendants in Handlová mine explosion guilty

THREE employees of the Upper-Nitra Mines (Hornonitiranske bane) Prievidza were found guilty were convicted of creating a public threat on May 7, in connection with a deadly 2009 explosion in the Handlová mine. 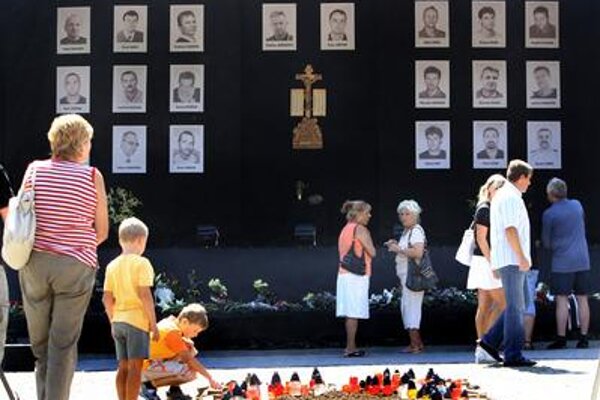 The burial of miners in Handlová (Source: Sme)
Font size:A-|A+0

The accused, identified as Ladislav H., Jozef T. and Dalibor R., have been sentenced to terms between five and eight years, including a several-year ban to work as mine managers. The verdict is not effective yet, as the defendants’ lawyer has appealed it immediately. The prosecutor has not taken a stance on the verdict yet.

Ladislav H. was sentenced to five years by the sole judge for his order to close the fire duct with a valve preventing water from being use to extinguish the fire.

Dalibor R. got six years for wrongly evaluating the situation, not recalling miners and from the mine and not preventing other people from entering it. He also failed to register all people who descended into the mine and ordered to open one wing of the door in power source which caused the change in airflow.

Jozef T. was sent to prison for eight years for wrongly evaluated the situation, too, and – more importantly – failed to secure the operation of fire duct, did not recall people and did not consider the potential change in airflow and ensuing explosion.

Twenty people died in the August 10, 2009 accident – 11 mine rescuers and nine miners who were all trying to extinguish a fire in the Eastern Handlová mine, some 330 metres below ground level. Nine more sustained injuries. The accident is considered the biggest tragedy in the history of modern Slovak mining, the TASR newswire wrote.