Three candidates proposed for NKÚ chair cause split in opposition

THE NOMINATION of candidates for the post of the Supreme Audit Office (NKÚ) chair has once again proven to be the bone of contention of the opposition. In the past, the opposition’s failure to unite on a single candidate led to the scrapping of the election. 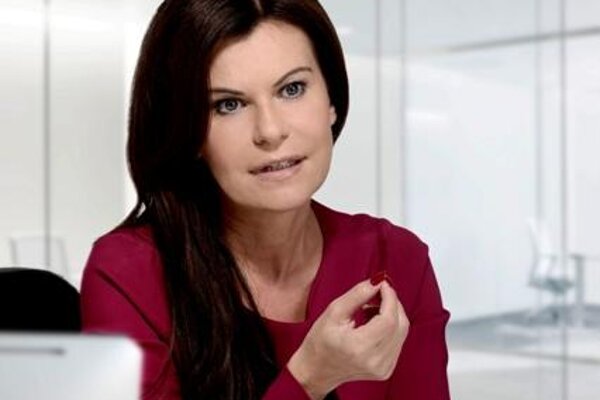 Recently, as the date of the new NKÚ head election is near – May 19 – the number of candidates has swollen to three. The deadline for submitting nominations expired at 16:00 on May 8.

Apart from Maroš Žilinka, also former Palacký University in Olomouc bursar Henrieta Crkoňová was nominated by MPs Marián Kvasnička (Christian Democratic Movement-KDH) and Štefan Kuffa (Ordinary People and Independent Personalities-OĽaNO). She also served as the Head of Office at the Education Ministry until January 2015 when she was dismissed by the government at the request of Education Minister Juraj Draxler. “Her character traits and moral integrity are suitably coupled with expertise and former work experience,” reads their proposal.

This latest addition surprised even KDH caucus chairman Pavol Abrhan. “Kvasnička also signed the nomination of Žilinka, so I considered this settled,” Abrhan told the TASR newswire. “I fail to understand this move. It’s a new development for me.” 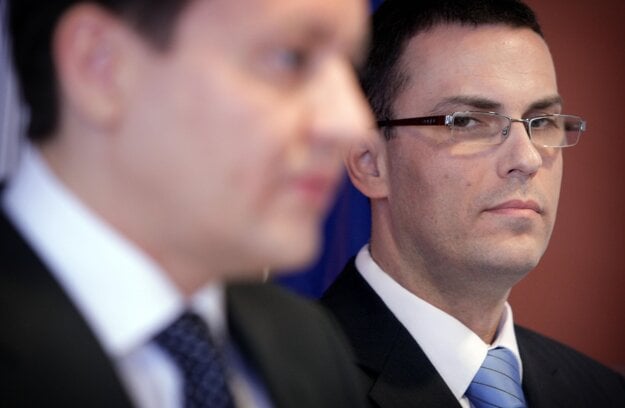 Žilinka received support also from Ľudovít Kaník of SDKÚ (who this week left the presidium of the two-MP party) who calls upon Frešo not to violate the unity of the opposition and withdraw Mitrík’s nomination. Kaník stressed that a candidate who does not enjoy the majority of support from the opposition is not an opposition candidate at all and – if he or she is elected – it will become clear this situation occurred due to the votes of Smer. 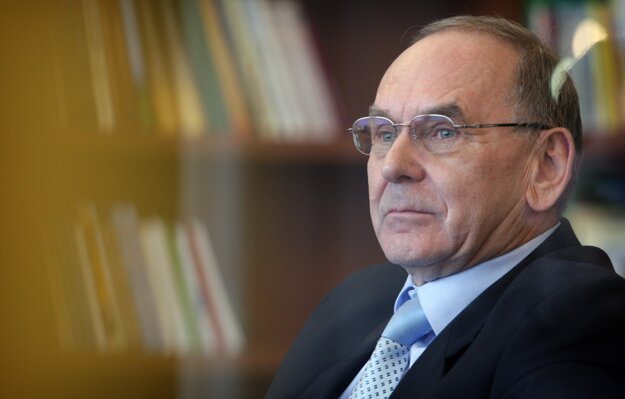 KDH, Most-Híd and OĽaNO are teaming up to support Žilinka (a former interior ministry state secretary, aged 44), KDH leader Ján Figeľ confirmed. If the new NKÚ chair will not be elected on May 19 and Smer will continue to create obstructions, KDH will not propose another candidate but rather lend support to a nominee put forth by freedom and Solidarity (SaS). Žilinka has garnered 60 signatures from MPs.

Mitrík is perceived as a candidate suitable to Smer by the opposition, which also suspects Frešo of concluding a backstage political deal with Fico.

Žilinka will garner support also from SaS which originally considered the nomination of its own candidate Milan Laurenčík. SaS’ Ľubomír Galko claimed that the liberals opted for a compromise at the end of the day because Žilinka is a good candidate and SaS does not want Smer to benefit from the situation.

“Everything is on the right track,” Prime Minister and Smer chairman Robert Fico claimed when still only Žilinka and Mitrík were proposed.

In the meantime, KDH presidium and parliamentary caucus has called on its MP Marian Kvasnička to withdraw his signature from a proposal to nominate Crkoňová, warning that if he does not comply by noon on May 13, 2015, he will be expelled from the KDH caucus and the party presidium will make further decisions about his future, TASR wrote.

Kvasnička is not likely to withdraw his signature from the nomination of Crkoňová for the post of NKÚ chair, according to his statement released on May 10. He claims that he accepts the loss of his place in the KDH caucus with humility as a fact. As for criticism against him over the fact that he has signed the candidate bids of both Žilinka and Crkoňová, he replied that it is his right as a lawmaker.

In a similar manner, OĽaNO is displeased with its MP Štefan Kuffa, who co-signed Crkoňová’s nomination. Kuffa’s action is irresponsible and unacceptable, fellow OĽaNO MP Miroslav Kadúc opined. Kuffa is not likely to withdraw his candidacy, even if he faced repulsion from the OĽaNO caucus, the SITA newswire wrote. How the OĽaNO caucus will respond to Kuffa’s initiative remains to be seen.